A land tax is by far the strongest measure the government could take to dampen demand in the housing market, but is not imminent, Prime Minister John Key says.

Mr Key has said a non-resident land tax - an annual tax based on the value of an owner's land - could be an option if data relating to foreign buyers shows they are having a significant impact on housing affordability, in Auckland in particular.

But he stood by the government's long-held position that the best solution was to increase availability.

Mr Key said a land tax was not imminent, but something the government "wanted to keep in its toolbox".

Details such as who would be subject to the tax would have to be considered first, he said, as well as how it would apply to New Zealanders who moved overseas but still owned a home in this country.

"There are lots of options and they would include everything from taxing them to, potentially, not taxing them if someone was non-resident.

"There are plenty of people who have a secondment and go overseas for a period of time and leave a home in New Zealand or a holiday home. Again, I'm not sure we'd see them as the big problem, but technically it depends on how you structure it."

But he said anything was possible "in the magic of making up a new tax" if that was what people wanted the government to do.

Mr Key said there were plenty of ways to reduce demand, and that "by far the strongest" way was through a land tax.

Mr Key said there was "not an enormous amount of work" being done on a possible land tax, but the Tax Working Group did recommend such a measure in its 2010 report.

"And that came up with a number of arguments, that was a slightly different version of a land tax because what it said was that that land tax would apply to everybody and it was a way of effectively reducing personal taxes and applying a new form of tax.

"We ruled that out, we're not planning to bring a tax in that would apply to everybody. 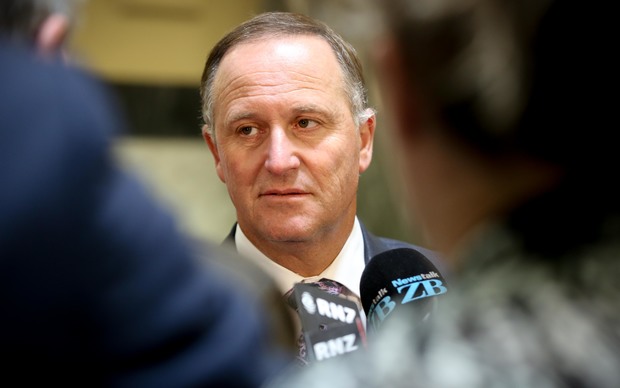 Prime Minister John Key has not ruled out introducing a non-resident land tax but says he wants to see the data first. Photo: RNZ / Alexander Robertson

"But in principle, if we wanted IRD to do that for us, they could effectively come up with a land tax I would have thought relatively quickly and the way they could apply that."

He said the government had been collecting data on foreign property investors since 1 October and would get those results "pretty soon".

"I haven't got that data but when we get that data, it'll at least give us another series of data and information about whether we think the number of non-resident buyers in New Zealand is very high, and also where those buyers are coming from."

The prime minister would not rule out the introduction of a non-resident land tax before next year's election, but wanted to see the data first.

"Because if the data ultimately shows that the number of buyers who are buying properties, particularly in Auckland, are for the most part New Zealand residents or citizens, then a land tax wouldn't apply to them and there's not much point in putting that on.

"But it would equally show you that banning foreign buyers or a stamp duty, neither of those things would work either, effectively they're not that good.

"I mean, in terms of stamp duty we think they run contrary to either our FTAs [free trade agreements] or double tax agreements. In terms of banning foreigners, that wasn't a successful law in Australia when they tried to do it because people can circumvent the system."

Mr Key said New Zealand did not want to start "running roughshod" over commitments it had made through free trade deals, in part because that could provoke retaliatory behaviour from other countries.

And he still rejected the idea of a capital gains tax as a means to dampen property speculation.

"If you go and have a look at the bright line test that we brought into New Zealand - I don't think that's a capital gains tax but it does [apply] if you sell a property other than their family home within two years, you're subjected to tax.

"So those rules are already there, to a certain degree. The market has been a bit quieter lately between October and January when it comes to the Auckland housing market. In February and March, the numbers looked like they've been a little bit stronger."

Mr Key said the market was always going to move around a bit, with underpinning factors such as continuing levels of strong migration, low interest rates and a buoyant economy. 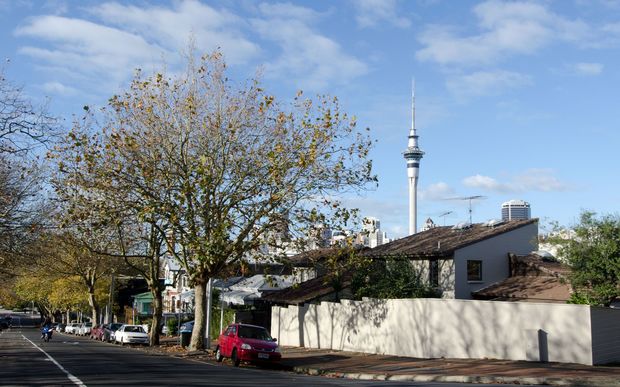 Housing affordability is of particular concern in Auckland. Photo: 123rf.com

"But the good news part of this story, of course, is it provides an enormous amount of work. There are people who are doing well out of this, not to mention those who own their home and the government is doing all it can to make sure that first home buyers can still get a rung on the ladder."

Mr Key said there would be no "shock and awe" housing-related policies in the Budget on 26 May, but there would be some measures around aspects such as land release.

The leader of National's governing support partner, ACT's David Seymour, said National would be breaking its election promise if it introduced a land tax.

"National promised 'no new taxes' during the last election campaign," he said.

"Then they introduced a travel levy and a capital gains tax.

"For the third time now, this promise could be broken, as the Prime Minister ponders a land tax".

But Mr Key said that was not something he was overly concerned about.

"I mean, let's see. You know we always have to deal with the situation as things change. If something becomes more pronounced, then the government has to go and deal with it."

He said people would be realistic about a government having to change its stance in order to respond to a particular situation.

"But there wouldn't be a tax on New Zealanders, per se, so I don't think they'd be terribly worried about it."