The decision to can an online-voting trial for this year's local body elections is a huge disappointment, says the head of an election management company. 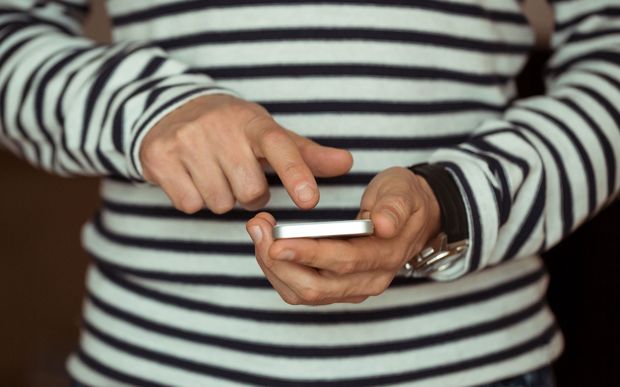 Casting your vote on your phone will have to wait until 2019. Photo: 123rf.com

The government pulled the pin on the trial yesterday, saying it could not be confident the systems were secure enough.

Software for six of the council voting trials was provided by Electionz.com. Managing director Steve Kilpatrick said the systems were secure and well tested.

"We've put an enormous amount into work into this, which is actually just ticking government boxes, it didn't actually change our software - bear in mind our software already existed.

"We're running about 150 elections a year using our online voting system for private sector clients all the time, so we weren't rushing out building new software. We already had it, it was well-proven and commercial strength."

Internet New Zealand chief executive Jordan Carter, who was on the government-appointed working group set up in 2013 to looking at the feasibility of online voting, said the government made the right call in not going ahead with the trial.

"The trial was designed to make sure there wasn't a single supplier of the software, so going ahead with a range of providers that were certified as being secure by the government seemed like a logical way to go.

"While the providers may think that they have done the testing, if the government isn't confident of that, of course they can't allow the trial to go ahead.

"One of the key customers, if you like, they had to convince was the Minister and the Cabinet and it doesn't sound like they've done that."

Labour's local government spokesperson, Meka Whaitiri, said it was not only a disappointment for the councils involved, but also for democracy.

"It's no secret that if you look across all of the councils, we've got an average 40 percent turnout rate, and having engaged with Local Government New Zealand they are committed to increasing voter turnout. So this was an opportunity to actually take a different approach to encourage our young voters and migrant voters that they could actually put their votes on line."

Ms Whaitiri said it meant that it would be the same-old, same-old for this year's elections.

"Which is probably a poor voter turnout, probably not as diverse as many of us would like to see at local government levels in terms of Māori, women, migrants and young people.

"It's just really disappointing and I believe the minister should actually apologise, particularly to those eight councils, but also to all the other councils which were watching with interest as to how these trials would have unfolded."

Local Government NZ vice-president Brendan Duffy said he expected the trial would be ready to go for the following round of local body elections.

"Certainly it would be quite extraordinary if we don't have online voting at the [2019] election, there's plenty of time obviously.

"We don't want to lose momentum. I think it's just a matter of a bit of double-checking, especially with those eight councils who have made a significant commitment, and I do feel for the officers in those councils who have put an enormous amount of effort in, but we are better to be sure."

Mr Duffy said because there was plenty of time now to test the systems, it was possible that a larger number of councils would be able to take part in an online voting trial in 2019.