Online voting is 'crucial' for local elections this year, according to Wellington's deputy mayor, but a government report has highlighted risks. 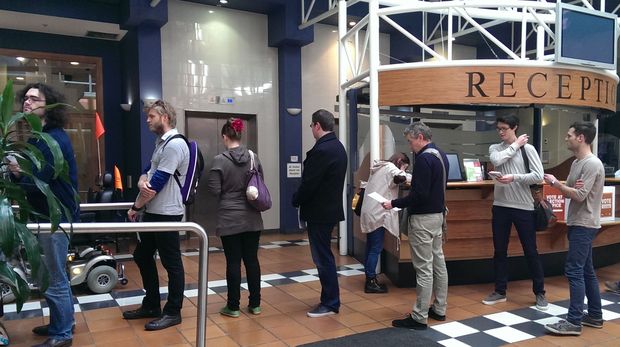 A queue at the Wellington City Council during local body elections in October 2013 Photo: RNZ

Eight councils, including Wellington City Council, were hoping to take part in an e-voting trial at this year's local body elections.

That trial was due to be approved at Cabinet next month.

Deputy mayor Justin Lester said it was absolutely crucial the trial went ahead because the turnout for postal votes was traditionally low.

Mr Lester said the city had done everything it could to make sure it was ready.

"The [responsible] minister needs to advise Cabinet, and they make the decision at central government level" he said.

"I'd be disappointed [if the trial did not go ahead]. Wellington city's ready to go, we've met all the requirements in terms of what was asked of us. 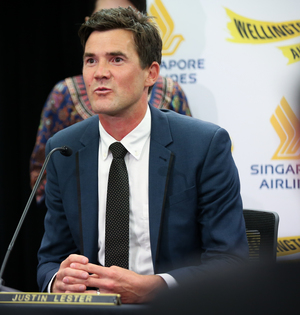 "I know the other trial participants are ready to go, and it's something we're keen to see happen."

Mr Lester said online voting would especially help young and transient people, such as students, who were not always enrolled where they live.

Further, he said it would make it hard to spoil ballot papers because of difficulties associated with the local body's Single Transferable Vote model.

The spokesperson said a paper highlighting risks in online voting, from the Department of Internal Affairs, was just one piece of advice and no decisions would be made until at least 18 April when the proposal went to Cabinet.

He said that decision on the e-voting trial could go one of three ways: 'not yet'; 'yes, this year'; or 'no, the risks are too great'.