Prime Minister John Key has been warned by Chinese state media not to bring up the South China Sea dispute during his official visit. 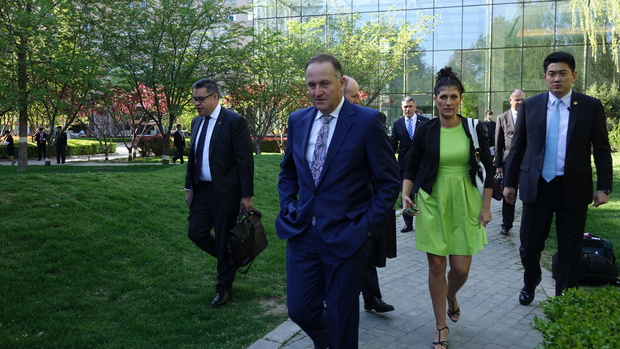 Mr Key has arrived in Beijing with two of his senior ministers and a 40-strong business delegation for the five-day visit to China. 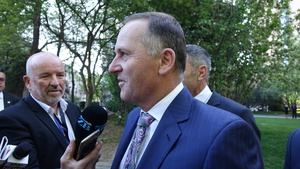 State-owned newspaper Global Times has written that the Chinese government did not want New Zealand to take aim at it over the South China Sea.

The sea - one of the world's major trade routes - is a source of major geopolitical tension.

China claims almost all of it as its own territory, and in recent years has built artificial islands with airstrips and stepped up its military presence.

This has angered many southeast Asian nations which have competing territorial claims, and the United States has embarked on naval patrols citing freedom of navigation in what it considers open water.

Mr Key said he took the warning with a grain of salt.

He would continue to raise New Zealand's stance on the dispute with Chinese leaders, he said.

"New Zealand's position on the South China Sea hasn't changed, it's been consistent. Which is, we want to see a peaceful resolution to the disputes that are taking place.

"It will almost [certainly] get raised in terms of the overall discussion but I don't think there'll be any new news to the Chinese leadership."

New Zealand tended to be less aggressive than other countries on the South China Sea matter, the prime minister said, but that didn't mean it cared any less. It was an important waterway for getting New Zealand goods into international markets, he said.

Mr Key did not expect the dispute over the waterway to affect his attempts to upgrade New Zealand's free trade agreement with China.

The agreement, which was signed in 2008, still locks some exporters out of the market due to high safeguards and non-tariff barriers.