Prime Minister John Key says he is open to changing the disclosure rules around foreign trusts registered in New Zealand, if a review he has set up recommends that. 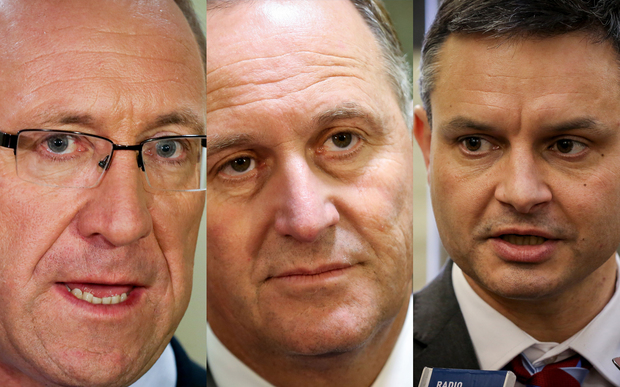 Millions of leaked documents from Panamanian law firm Mossack Fonseca, released last week, show how the world's elite set up tax shelters to hide their wealth, including in New Zealand.

Former PwC chairman John Shewan has been appointed to review this country's system.

Mr Key said the OECD had called a meeting in Paris this week to consider issues raised in the so-called Panama Papers, and New Zealand's Inland Revenue Department (IRD) would be sending a representative.

"We certainly will consider any issues raised at this meeting, and we [are] prepared to look at changing the disclosure rules if Mr Shewan's review finds this is warranted."

There would be all sorts of reasons why people could have legitimate foreign trusts, Mr Key said.

"If someone misuses that then we hopefully, through all of the rules we have around anti-money laundering, being able to dig into that information, all of those things, can stop that stuff off at the pass.

"If we can't, then we need to make changes to find that, but it would be a big bold step just to say you couldn't have a foreign trust in New Zealand."

Inevitably, he said, there would some people who tried to beat the system.

"Is it possible that there would be an individual [named in the Panama Papers], of course there's a possibility of that," he said.

"But on the other side of the coin, what I'd say is - your obligations as a New Zealander are to pay tax and actually register any foreign trust that you have ... and if people are in effect cheating the system, then that may well come into the public domain, and I'm sure IRD will be very interested in that."

Who is John Shewan?

Finance Minister Bill English said earlier today it was worth looking at whether the disclosure rules were fit for purpose, and whether there were practical improvements that could be made.

"As we've said, we're open to considering changes to disclosure rules if that is warranted.

"So we've asked Mr Shewan to take a thorough and independent look at the current regime to check that it's fit for purpose".

The terms of reference include reviewing foreign trusts' disclosure rules as they apply to record-keeping, enforcement and the exchange of information with other tax jurisdictions.

Mr Key described Mr Shewan, who chaired PwC from 2003 to 2012, as a highly regarded tax expert

Mr Shewan lectures at the University of Victoria in Wellington, where he is an adjunct professor at the university's School of Accounting and Commercial Law.

He helped establish Fonterra's Shareholders' Fund, and was also a member of the Tax Working Group set up by the government in 2009.

He has been asked to report back to ministers by 30 June.

'New Zealand's reputation has been sullied'

Labour leader Andrew Little said the government had been slow off the mark on the controversy.

"It's taken the government a week to realise what every other New Zealander knows, that harbouring tax dodgers in New Zealand is simply not acceptable."

Mr Little said the review was not something that should be carried out behind closed doors with a single expert.

"That's not going to help at all, we now have this massive dump of information that's gone worldwide, New Zealand's reputation has been sullied and we need a response that actually is open and transparent."

When asked if he had ever used offshore tax account for investments, Prime Minister John Key said he had had a superannuation fund in Singapore, the country he lived in at the time. But Mr Key said he had never used tax shelter companies.

Mr Little said it was a legitimate question to ask politicians, particularly in light of the difficulties UK Prime Minister David Cameron was facing.

When asked if he had ever had any connection to a trust registered in a country other than New Zealand, Mr Little said he had not.

Mr Shaw said appointing a single tax expert was unlikely to lead to the kind of reforms needed to protect New Zealand's reputation and could result in a "whitewash".

He said any inquiry needed expertise and input from the Inland Revenue Department (IRD), transparency and anti-corruption experts, international tax law experts and an opportunity for public input.

"Any inquiry without IRD input will be meaningless," Mr Shaw said.

"IRD are at the heart of this issue, having direct oversight over foreign trusts and responsible for information sharing with overseas tax authorities. They first warned the government about this issue back in 2013."