The software company AMS has confirmed it does provide the payroll software to the the Ministry of Business Innovation and Employment, along with several other public agencies and private sector companies. 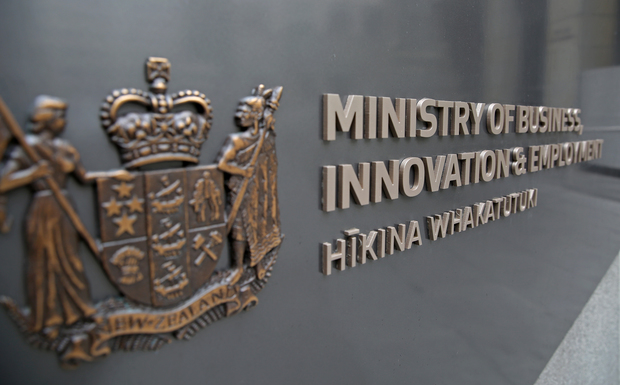 The Ministry and the police have identified what are described as "significant" issues with their payroll system, relating to how entitlements under the Holidays Act are calculated.

The government has acknowledged it was possible thousands of MBIE staff could have been underpaid for more than a decade.

AMS lists a number of other clients including the Ministry for Primary Industries, the Ministry of Justice and several District Health Boards including Auckland and Waitemata.

In a statement, AMS said it noted "the Holidays Act is a highly complex piece of legislation and some clients interpret the legislation differently to others".

The State Services Commission said DHBs were included in the assessment it had carried out over the past year with state sector agencies, regarding their payrolls and compliance with the Holidays Act.

The SSC said it "engaged" with the DHBs through the Ministry of Health.

When asked if any problems were identified it reissued a previous statement:

"Most agencies assessed no, or minor, issues.

"The State Services Commission is aware of only two agencies (police and MBIE) that have significant issues."

"The company credited with running MBIEs payroll system is AMS; that firm claims on its own website, in turn, to supply the wages for about 50,000 New Zealanders.

"Now I want to know from the minister - has he checked whether this system has wider implications across the public sector and across the private sector?"

Business, Innovation and Employment Minister Steven Joyce told the House earlier this month he was "first advised" the ministry was investigating problems with its payroll on 5 October last year.

Today he said he was given the heads up late last year, and was given "formal advice" from MBIE about payroll problems a few weeks ago.

Mr Joyce said the Ministry became aware of the problem because it had been looking through the payroll more generally, as it had brought the four payrolls together in 2014, from the various agencies that were merged to form MBIE.

"They picked up the DOL [Department of Labour] payroll system, because DOL was the largest of the pre-merged agencies, including immigration which is obviously a significant number of people.

"I think the working assumption was that the Department of Labour would have the best system - it may not have been the case."

Mr Joyce said it was his understanding AMS was the payroll systems provider, but it was up to the company to identify itself.

He said it was a broader problem than what payroll software was being used.

"I think this particular calculation is one that I'm not convinced sitting here today that all payroll providers do correctly, at all."

Mr Joyce said the potential scope of the problem for AMS clients was dependent on a number of factors.

"How each of them use their payroll system, how much it's driven by the IT, and I'm not in a position to comment on that in relation to AMS, that's something for them to comment on, or the agencies concerned.

Mr Joyce also questioned why the Labour government at the time of the 2004 law change did not ensure the law was being followed correctly.

"What happened after the law change?

"Did nobody actually sit down and say, OK, you need to comply with this new law, because it seems a bit strange to me that it seems like the whole world went to sleep after the law change in 2004."

The Labour Inspectorate has completed 20 investigations and has found about 24,000 employees, in both the public and private sectors, have been underpaid.

The Inspectorate said the discrepancie mainly affect employees who work varying hours from week to week.

Educational Payroll Limited, that runs the school payroll Novopay was also checking its system after discovering a potential problem with Holidays Act compliance.