Prime Minister John Key has settled with freelance journalist Bradley Ambrose at a preliminary defamation hearing in the High Court in Auckland.

Mr Ambrose had been seeking $1.25 million in damages from Mr Key for alleged defamatory comments.

The journalist was at the centre of the so-called teapot tape scandal, involving an audio recording before the 2011 election.

Mr Key made a number of comments in the media to the effect that Mr Ambrose had deliberately recorded the conversation between him and then ACT candidate John Banks, and compared Mr Ambrose's conduct to News of the World. 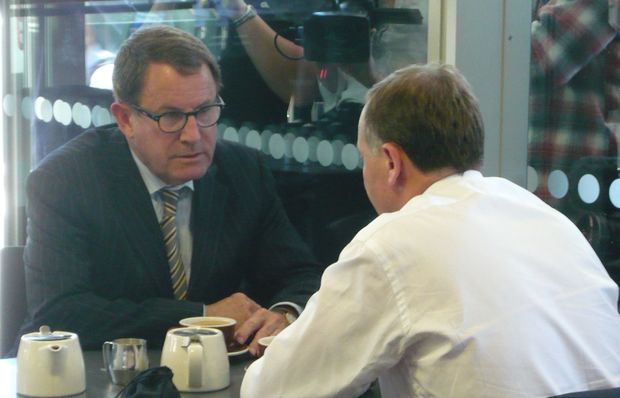 Mr Key said he would make a small cash payment to Mr Ambrose.

The settlement amount, which was likely to be paid out of his National Party leader's budget, was confidential, he said.

"It's a pragmatic solution because it become pretty clear it was highly unlikely there would be a recovery of any costs, and the cost of going to court is considerably more."

In a joint statement, Mr Key said he now accepted Mr Ambrose did not deliberately record the conversation or behave improperly.

Mr Ambrose said he accepted that Mr Key believed the conversation had been deliberately recorded at the time Mr Key made the statements.