Epsom MP and former ACT Party leader John Banks has caved into pressure and will resign from Parliament.

Opposition MPs have been calling for John Banks to go since Thursday when he was found guilty of filing a false electoral return after a two-week judge-only trial before Justice Wylie in the High Court at Auckland.

The judge has not yet formally convicted him as his legal team seeks a discharge without conviction.

On Sunday afternoon John Banks issued a statement saying he would resign the seat of Epsom effective from 5pm on Friday 13 June. 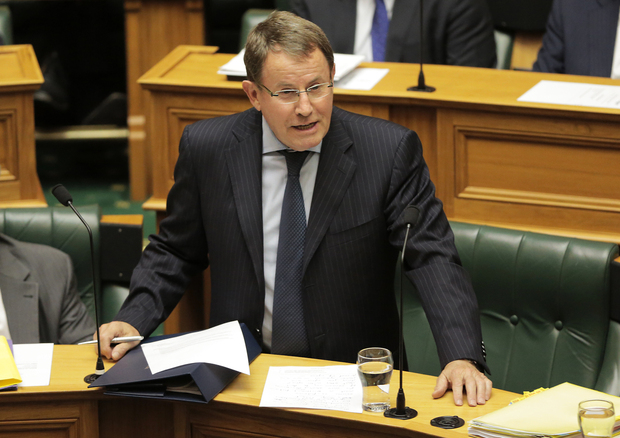 Mr Banks said the timeframe allowed a number of constituency, administrative and staffing matters to be dealt with over the next few days.

"I have been privileged to serve the people of Epsom and New Zealand at both a local level and in Wellington," said Mr Banks.

"I have given my heart and soul over four decades to making a worthwhile contribution to this country. I have always endeavoured to do the right thing. Consequently I am deeply saddened at this turn of events."

Mr Banks said he would not comment further as the matter was before the court.

He could have stayed in Parliament after last week's guilty verdict because a conviction wasn't entered at the time.

Prime Minister John Key has said resignation was the right thing to do in the circumstances.

He said given the proximity of an election in September, the Government would seek Parliament's support not to hold a by-election in the Epsom seat.

ACT Party Leader Jamie Whyte also said Mr Banks had done the right thing because it would have been difficult for him to sustain his position. He said he told Mr Banks he thought he should resign but it was his decision. Mr Whyte said if Mr Banks had stayed the issue would have overshadowed everything else.

Labour's justice spokesperson Andrew Little is urging the Government to investigate the decision by police and crown prosecutors not to pursue John Banks over electoral donations.

Mr Little said police and crown law advisors decided there was no case to answer and it took a private prosecution to get the matter to court.

He said that was in stark contrast to the urgent police investigation targetting the cameraman, Bradley Ambrose, over the so-called 'teapot tapes'.

Mr Little said it was worth asking whether the police and other agencies involved in the United States legal action against Kim Dotcom influenced the decision not to prosecute John Banks.

He said New Zealanders were entitled to know about the decision-making processes involved in that decision.