Andrew Little says the government should pressure the major banks to reduce their mortgage interest rates, and if he was prime minister he could go as far as legislating to make them do so.

Last week the Reserve Bank cut the OCR from 2.5 percent to a new record low of 2.25 percent, but the major banks did not lower their mortgage interest rates by an equivalent amount.

Mr Little said he would not rule out legislating to make banks pass on the rate cuts.

"I would start with pretty serious talking, you might say 'stiff-arming', and if they are not responsive to that, I guess you've got to look at your options when you are in government.

"You have the power to legislate, but I think you have got to have a pretty serious talk to the banks about expectations."

Mr Little said if he did have to legislate he would do so reluctantly and with a heavy heart.

But Bill English said Labour's plans were reminiscent of the Muldoon years. 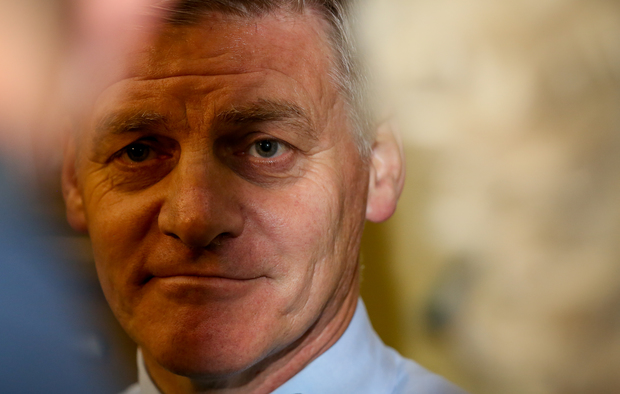 "I don't think anyone in New Zealand wants the leader of the opposition setting interest rates, we tried that back in the 70s and 80s and it ends up with politicians always deciding to try and keep rates in a different place than they should be, so I think it's a pretty dumb idea."

Mr English said he was quite surprised by Mr Little's comments.

"I mean the Labour Party in the past has always been fairly mainstream on economics, but now they are opposing trade, want the government to set interest rates, it's headed in a fairly different direction, I think they're just competing with the Greens."

Although there was no competition with the Greens on the matter, as the party's finance spokesperson, Julie-Anne Genter was somewhat lukewarm on the idea of forcing banks to drop their rates.

"It's clear that there some action needed, the Greens would prefer a more collaborative approach, sitting down at a summit with the banks as Labour also suggested.

"The Green Party has long said that they best way to improve the competitiveness of our banking sector is to give KiwiBank a mandate to compete on interest rates."

Later during Question Time Mr English took any opportunity he could to give Labour's finance spokesperson, Grant Robertson, a ribbing over his leader's comments.

Mr English said there was a general expectation that OCR reductions were passed on, but he said it might take a bit of time and competitive pressure for it to happen.

An Auckland economist said the Labour Party's suggestion that banks should be forced to pass on interest rate cuts was terrifying.

Shamubeel Eaqub said the separation between government and the Reserve Bank had worked well in the past.

Mr Eaqub said direct interventions - such as the Think Big projects of the Muldoon government - had turned to custard.