The Labour Party is undecided on whether it will support changes from a review into the government's security agencies.

The review looked at the adequacy of the law governing the Security Intelligence Service, and how the Government Communications Security Bureau (GCSB) legislation was working.

Prime Minister John Key said he wanted the report to be released in full as soon as possible and was hoping for Labour's support on any changes.

Mr Key said last week it was "highly likely" there would be a change to the laws.

But Labour leader Andrew Little told RNZ News it was too early to say whether he'd support any new legislation.

He said the report raised questions on whether it was justified to expand the powers of security agencies and he would need to be convinced it was needed or in the public interest.

"I think the whole thing about the balance we have to strike is between agencies that do the job of keeping us safe and secure and the nation secure, and undue intrusion on people's privacy and their civilian rights," he said. 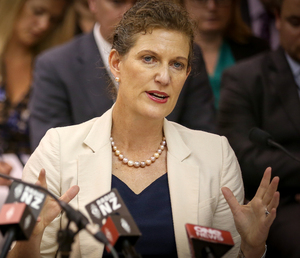 The act governing the GCSB was overhauled last year, following controversy over mass surveillance and some of its operations.

At the time, SIS director Rebecca Kitteridge suggested the law for that agency should also be changed, because it focused almost solely on the process the SIS must follow to get warrants to intercept people's communications.