The silver fern is a symbol that needs to be on the country's flag, Minister for Arts, Culture and Heritage Maggie Barry says - and is defending the alternative design and the process used to select it.

Look back at how RNZ's live flag debate played out here 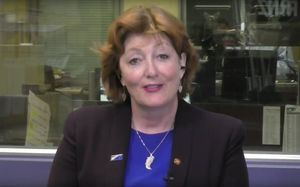 In a debate chaired by Morning Report co-host Guyon Espiner, Ms Barry said New Zealand was a multicultural society and its flag needed to reflect that.

"The silver fern to me unites us all. It is about who we are as a people ... I visited the sites of the battlefields of Europe where more than 18,000 of our men lie. The silver fern is our distinguishing characteristic. It is the motif on all of our memorials. It unites who we were - our past - and also our shared future."

He supported keeping the flag and said the referendum, which was expected to cost $26 million, including postage costs of $18m, was a "gross waste of money".

"This would have been a near-run thing with a proper process and a decent design ... If we're going to change, let's have something exciting we can believe in. This is a terrible disappointment."

Two of the other panelists, New Zealand singer-songwriter Lizzie Marvelly and Auckland-based writer David Slack, agreed. The alternative design looked like "clip art", Mr Slack said - with Ms Marvelly describing its depiction of the silver fern as a "fish skeleton". 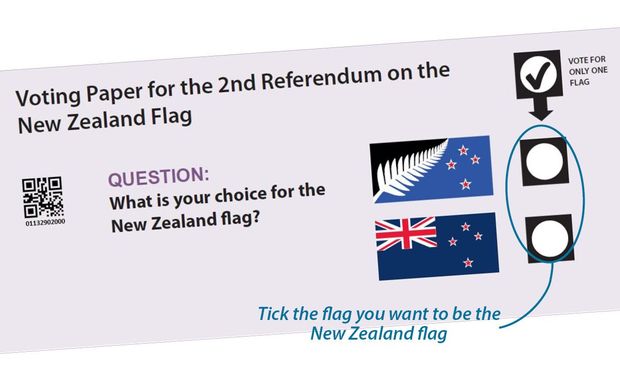 A sample of the voting papers for the second flag referendum. Photo: Electoral Commission

Ms Barry defended the flag referendum process, saying it was the first of its kind in the world.

"There were a lot of designers involved in the process and the pre-selection part ... The issue around this one is that, for the first time, New Zealand is the only country in the world - as we were giving women the vote - to allow the people of New Zealand to make the choice."

"When I served in the United States as a New Zealand officer for a couple of years, the custom there is to put outside your home, on the front porch, your national flag ... Passers-by would say things like 'gidday Brits, how you going today' or 'gidday Aussies'.

"New Zealand deserves its own identity ... Go the fern!"

It was important for every eligible New Zealander to have their say in the referendum, he added. "Get out and vote because a lot of people fought and died for you to have the right."

Ms Barry said, as a politician, she would respect the will of the people and whatever was decided by the final result of the referendum.

The deadline for posting back voting papers is 21 March, and a preliminary result is expected late in the day on Thursday 24 March. 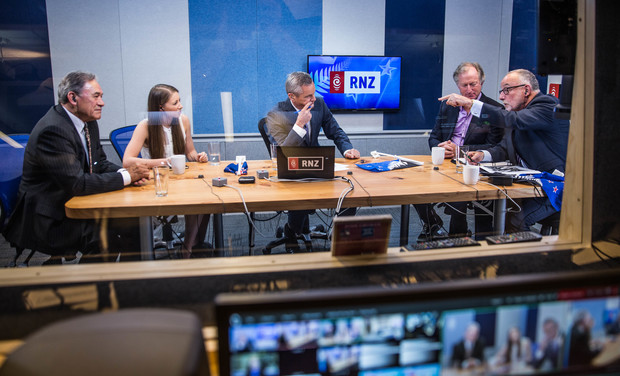