OPINION: To borrow a title from the late, great Oliver Sacks, we appear to have a prime minister who mistook himself for a flag.

John Key is now arguing that a vote against the silver fern flag in the March referendum is really a vote against him. He is echoing those commentators who have already tried to depict opposition to a new flag as simply anti-Key sentiment in red, white and blue drag. 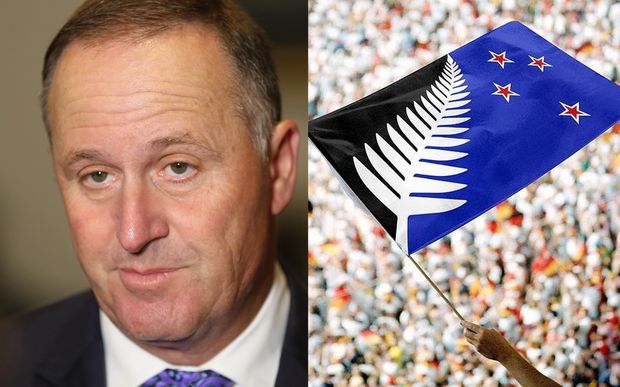 More on politics and the flag referendum

The flag debate, they claim, has been "politicised" by the Left out of bitterness and spite.

Aside from their own absurd partisan assumptions, what those arguments can never address is the ideologically diverse nature of so much opposition to the Lockwood flag.

How else to explain the informal alliance of lifelong republicans and ageing anti-establishment boomers with monarchists and RSA traditionalists? If anything unites these camps it seems less likely to be a shared loathing of the prime minister than a nose for what you might call a false dichotomy - an unnecessary choice between two inadequate options.

Because you can say a lot of bad things about the alternative flag, but probably the worst is that it makes the current flag look good.

The tired old colonial ensign is unremarkable in every way and just as dated. Yet flapping next to Kyle Lockwood's beach towel, its modest qualities radiate by comparison - the depth of the blue, the pleasing placement of the four stars, the ancient symmetry of the Union Jack.

But subjective tastes and aesthetic sensibilities are the least of it. More interesting have been the competing nationalisms revealed by the flag debate, and how we probably need to redefine what constitutes an establishment in John Key's New Zealand.

Key himself is a patriotic paradox. He couldn't wait to bring back the old honours system of knights and dames - easily as anachronistic as the flag - and he clearly loves spending quality time with Her Majesty.

When Britain recently legislated to remove certain health care privileges enjoyed by citizens of its former colonies, he responded by appealing to tradition, saying it wasn't in the spirit of the shared history of the two countries.

At the same time he believes the Union Jack is past its use-by date, and that New Zealand needs a new emblem to represent its independence and uniqueness.

I've tried, but I can see no consistency in those positions. Either you want to break with the colonial past or you don't. New Zealand is either an independent modern state that sets its own course, or it isn't. We're either going to become a republic or we're not.

So changing the flag is both symbolic and substantive. Simply rebranding the country in order that our exports have a more convenient logo and we're not confused so readily with Australia at sports events seems a particularly shallow response to an evolving national identity.

Then again, if you see the role of prime minister as largely analogous to being CEO of NZ Inc, it probably makes sense.

A country is not a corporation, of course, but the ridiculous process by which the contender flag was chosen, the cost of the exercise, and the confused rationale for change would still have risked a fair bit of shareholder outrage at your average AGM.

The singular achievement of Mr Key and his pro-change acolytes is to have ruined a good idea for a long time. A huge proportion of those who will vote to retain the current flag will do so regretfully; they would prefer to replace it, but not with just anything, least of all the meretricious logo of a phony national brand campaign. 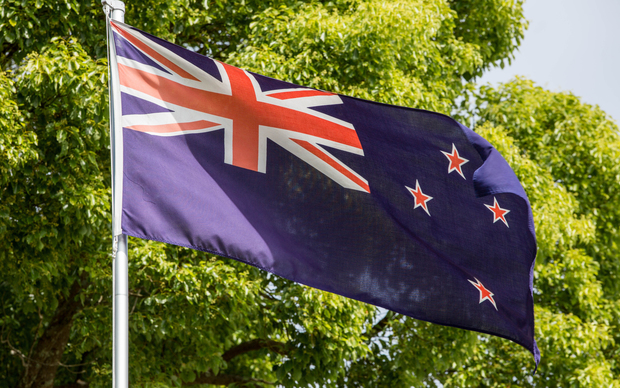 It's more than ironic that the Union Jack should become an unwitting emblem of dissent in modern New Zealand. But Key's flag campaign has inverted old establishment orders to a surprising degree. A vote for change is, weirdly, a vote for the new political orthodoxies embodied in the current prime minister.

Where once the silver fern - so crudely employed in the Lockwood design - represented an All Black culture deeply embedded within the most traditional and conservative elements of the New Zealand character, the likes of Richie McCaw and Dan Carter now willingly endorse a new status quo that has little use for symbolic relics of an outmoded past.

As prime beneficiaries of the professional rugby era, and poster boys for the hyper-commercialisation of the All Blacks (trademarked now, of course), it shouldn't surprise anyone that their values align so easily with Key's repackaging instincts.

I'm reminded of something filmmaker Geoff Murphy said recently about the old flag and the "story" it tells. Murphy knows a bit about stories, and he knows a bit about national identity and our sense of self, having played his own not insignificant role with films such as Goodbye Pork Pie and Utu. As a former counter-culture warrior with the Blerta music and theatre troupe, you'd hardly call him reactionary, either.

Love it or hate it, he said, the flag stands for time and experience. It has history, good and bad, and before we blithely dispense with it we should properly engage with that history, and decide how that part of the story ends and the next begins.

So a vote to retain the old flag is a vote for many things - good design, due process, historical continuity and a political vision informed by more than marketing slogans. If Key takes it personally, he has only himself to blame.