New measures that will make it easier for some New Zealanders to gain citizenship in Australia will not help those who really need it, says lobby group Oz Kiwi. 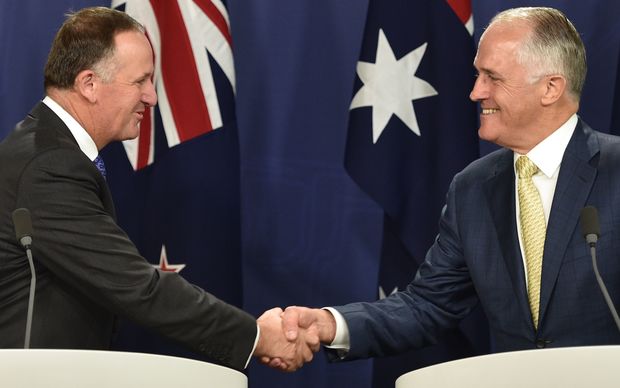 Australian Prime Minister Malcolm Turnbull made the announcement about the policy change yesterday after a two-hour meeting in Sydney with Prime Minister John Key.

Under the new rules, New Zealanders in Australia on special category visas earning more than $A53,000 a year for five years would be eligible for what he called the new pathway to citizenship.

More than 300,000 New Zealanders are thought to be living in Australia on special category visas.

A spokesperson for the group Oz Kiwi, Timothy Gassin, said the changes would not help many New Zealanders in Australia struggling to live because they could not get the same benefits as citizens.

"Realistically, if this doesn't help everyone it's not a solution," he said.

"That includes people with disabilities, single mothers and people in low income categories."

Professor Paul Spoonley of Massey University said the rules would not help many young people.

"At the moment, New Zealanders cannot access loans for higher education - there's a real issue for those who want to better themselves in Australia and become contributing citizens," he said.

"I think there's still some questions and unfinished business."

The rights issue has been a sticking point in the trans-Tasman relationship since Australia made changes in 2001 denying New Zealanders living there access to welfare and other entitlements.

Mr Key said the new pathway option was a very positive step and could affect up to 100,000 New Zealanders living in Australia.

"It takes place up to today, effectively if someone came here yesterday to Australia, then they could work through over the next five years and apply," he said.

However, anyone moving to Australia from tomorrow needed to be aware that the changes would not apply to them, Mr Key said. 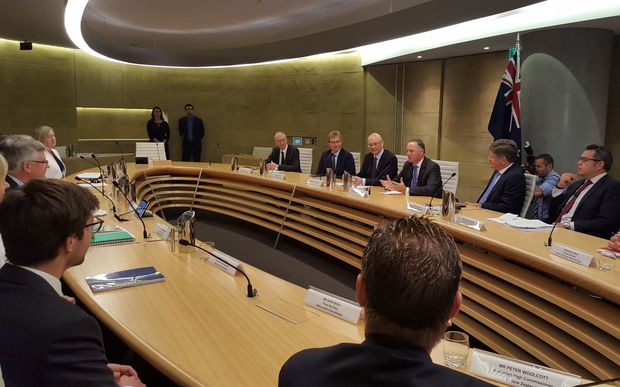 The leaders' meeting at the Commonwealth Parliamentary Offices got under way just after 11am New Zealand time yesterday.

Opening the meeting, Mr Turnbull said it would be a broad discussion, focusing on security, immigration and investment.

"Well John, welcome to Sydney, it is great to see you and your colleagues. We're looking forward to a very constructive discussion on a range of issues.

"We pay a lot of attention to what happens in New Zealand."

Mr Key said it was great to be back in Australia.

"Thanks for having us here and hosting us in Sydney. It is a great opportunity to exchange views on all the things we are doing," Mr Key said.

Mr Key said he would be raising the issues of deportation and rights of New Zealanders living in Australia.

It is election year in Australia, and the law change that has resulted in hundreds of New Zealand criminals having their visas cancelled was a popular one.

Under the new laws, anyone who has served a prison sentence of 12 months or more in Australia and was not a citizen can be deported. Non-citizens without criminal convictions could also have visas cancelled on character grounds.