Prime Minister John Key has launched a blistering attack on the Labour Party over its position on the Trans-Pacific Partnership (TPP). 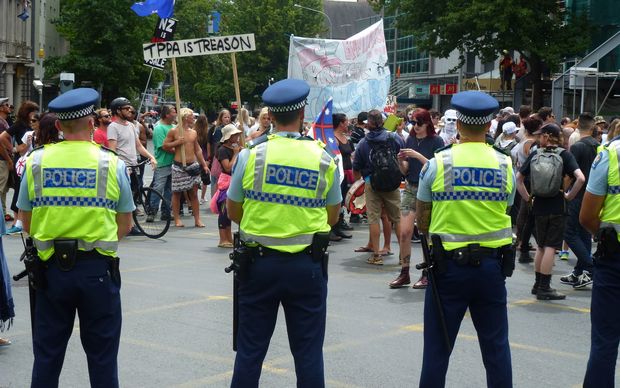 Thousands protested against the TPP on the day of its signing in Auckland. Photo: RNZ / Todd Niall

Mr Key delivered his prime ministerial statement to Parliament this afternoon, while at the same time the text of the TPP was also tabled in the House.

Mr Key leapt to his feet just after 2pm and, after talking sport for a few minutes, ripped straight into the Labour Party.

"Well, we think TPP and we think Trans-Pacific Partnership. They [Labour] think two-position party - that's what TPP says to them."

Mr Key had a go at Labour's leader, saying Andrew Little came out with a doozy when he was trying to explain his position on the TPP.

"[Labour MPs] David Shearer and Phil Goff might be prepared to say what they think but quite a lot of MPs are out there talking to people in the business community and names are getting named about who's quietly supporting TPP in the Labour Party ranks."

Mr Little used his speech to have a dig at the Prime Minister's no-show at Waitangi, saying that it was a place for the head of government. 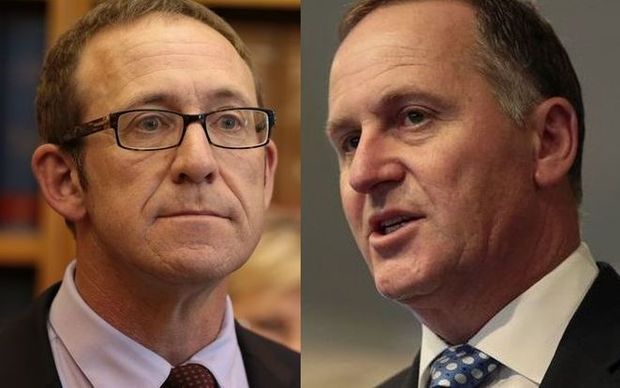 He then hit back on the TPP, saying the government was a "disgrace" for avoiding a genuine public debate on the deal.

"There has been an absolute and abject failure of political handling of the TPPA by that government. They have been diabolical. They would not keep New Zealanders informed while it was being negotiated [and] dumped it on New Zealand at the end of last year."

Mr Little said anyone who raised the mildest criticism was "shouted down" for not knowing what they were talking about.

He told the House that the government had no principles, no plan and no long-term vision for the country.

Green Party co-leader James Shaw told the House that the government was very proud of its economic management but it should not be. 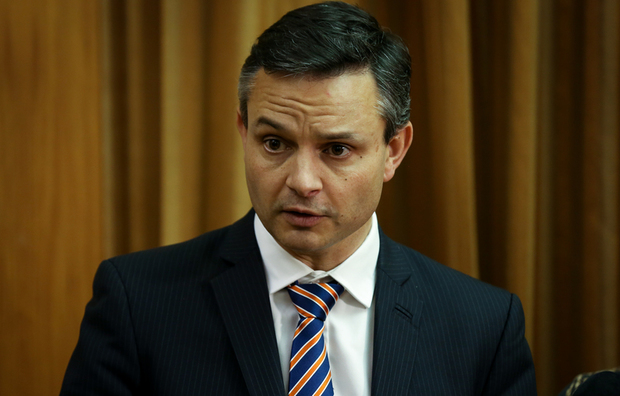 "If we look at GDP growth over the last seven years of this National government, and you take out population growth and the Christchurch rebuild, the growth vanishes. It's close to zero. Seven years and the real economy has gone nowhere."

New Zealand First leader Winston Peters was clearly ecstatic to be back for the year, chortling throughout his speech - which he used to have a dig at a number of backbench government MPs.

He told the House that Mr Key's speech said the government was taking the public with it, by being clear about its actions and policy priorities.

"Is there any New Zealander, including the backbencher of the National Party, who remotely thinks that that is true?

"Not a mutter, not a murmur? No confirmation at all because they know it's false," he said.

Speeches in reply to the Prime Minister's statement continued this afternoon, and the first Question Time will be tomorrow at 2pm.