The government should have committed funds for Auckland's City Rail Link six years ago, Labour says - and it's a shame it had to be dragged kicking and screaming to get to this point. 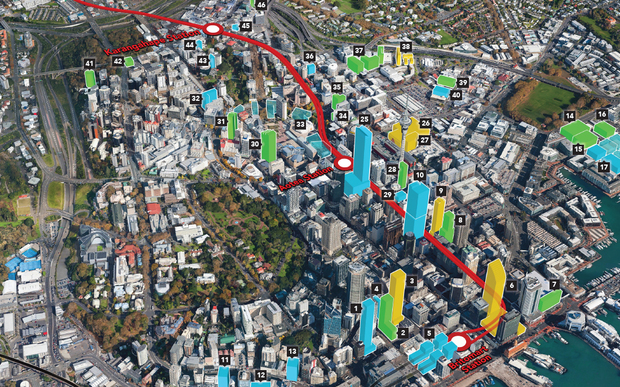 A plan for the City Rail Link, which will run under downtown Auckland. Photo: AUCKLAND CITY

In his first speech of the year yesterday, Prime Minister John Key said the government would provide funding to allow major work on the project to start two years earlier than planned.

In the past, the government had been reluctant to provide the money required to start major work on the 3.4km underground rail link at the time Auckland Council wanted.

"To start earlier, we wanted to see that, you know, we could justify it to taxpayers," said Mr Key.

"Now we didn't meet the objective around the number of jobs being created in the CBD but we did for rail patronage."

Auckland Council has already begun the section of the rail running from Britomart to Wyndham Street. The council is funding this entirely and it will take two years.

Mr Key's "failure of ambition had been holding back growth and prosperity in Auckland" for years, he said.

"The speech overall, I thought there's nothing particularly visionary, nothing that looks like it's dealing with the significant, big long-term issues that we know we've got. I thought it was tired, rehashed, reheated, not very inspiring," Mr Little said.

Construction for the rail link could now start as early as 2018, with a price tag of around $2.5 billion.

However, Mr Key said details still needed to be sorted, including how costs would be shared and how the rail link would be owned and managed.

The Green Party's Auckland office will have to be demolished to make way for the project, which the party said was bitter-sweet as it had wanted the City Rail Link since 2010. 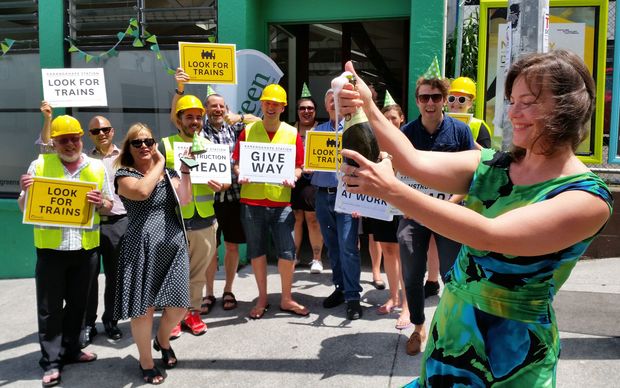 The Prime Minister also announced yesterday that the consenting process for the East-West Connection between the Southern and South-Western Motorways would be streamlined, at an estimated cost of over $1bn.

"After the city rail link, there still needs to be further extensions to the rail network. If we're spending billions of dollars on a few extra motorway lanes, that's actually taking us backwards," Ms Genter said.

"There will always be a need for roads that rubber-wheeled vehicles can travel on and it's questionable whether trains that run to one destination on steel railways will be able to compete in the long-term future," he said.

Mr Key also announced $115 million to fast-track projects in other regions, including the Mt Messenger and Awakino Gorge Tunnel bypasses in Taranaki.