Prime Minister John Key has apologised for his recent comments that opposition MPs backed murderers and rapists, during debate in Parliament about New Zealanders in detention in Australia. 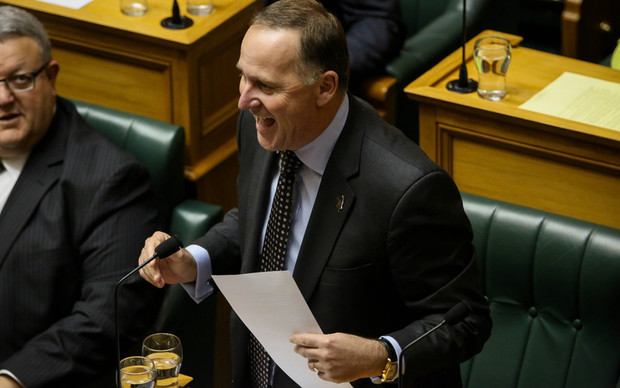 Last month, opposition MPs challenged Mr Key about what the government was doing to protect the rights of New Zealanders awaiting deportation as a result of criminal convictions or failing character tests.

His subsequent comments prompted a walk-out by Labour MPs, with several Labour and Green MPs holding a second walk-out over the lack of an apology.

Mr Key made this statement to the House this afternoon.

"During question time on the 10th of November in response to a supplementary on question number one, I made a comment about the opposition which caused offence.

"Subsequently the matter has been raised several other times in the House.

"I've reflected on my comments and on this, the last sitting day of the year, so close to Christmas, I'd like to withdraw and apologise for that response."

Labour leader Andrew Little also expressed his regret to Speaker of the House David Carter for comments that are now the subject of a Privileges Committee complaint.

"In recent weeks, statements have been made by members on this side of the House about you, which reflect upon you, and I wish to draw to the attention of this House that correspondence has gone to the chair of the Privileges Committee today accepting that those comments were unparliamentary and expressing regret for them.

The Speaker "thanked the member sincerely" in response to that statement.