The government has finally won enough support to go ahead with its long-planned changes to the Resource Management Act (RMA).

On Thursday its latest legislative attempt to amend the act passed its first reading in Parliament by 92 votes to 14 with the support of Labour and the Maori Party. 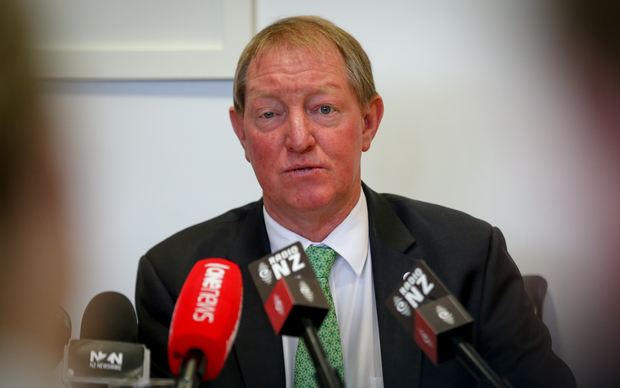 The bill is the government's third attempt to get its second lot of changes to the RMA across the line.

Environment Minister Nick Smith told the House the new bill included 40 changes and was a compromise to get support.

"Mr Speaker, I want to acknowledge the support of the Maori Party and their advocacy around iwi participation arrangements.

"They [the provisions in the bill] will work better for iwi by focusing in on the issues that are important to them but also prevent the bureaucracy of them being involved in huge number of consents that just adds time and costs."

The Resource Legislation Amendment Bill aims to speed planning and consenting processes, in part to enable more houses to be built.

It would also give iwi the opportunity to be involved in project planning by local councils at an early stage, and allow for Maori corporations to draw water for stock without consent.

Maori Party co-leader Te Ururoa Flavell said he was pleased National backed down on its initial proposal to significantly change sections six and seven of the RMA, which provide environmental bottom lines.

"Our major achievement has been achieved. We share the general concern of most New Zealanders which is to increase the supply of affordable houses for all whanau. We also recognise that some of the proposed changes around streamlining the consent process and creating national templates will save time and money for homeowners."

But leader of government support partner ACT, David Seymour, said he could not support the bill because it would do nothing to solve the shortage of housing.

"It is not reform Mr Speaker it is tinkering. It fails to stop the culture where councils produce ten metre high stacks of rules and plans for our communities," he said.

The government has had a difficult time getting to this stage.

In the previous attempt to get it through Parliament, its plans for change were stymied by objections from allies the Maori Party and United Future.

It had to defer plans for legislation in March after the National Party lost a seat in the Northland by-election.

Dr Smith said the bill included 90 percent of the changes that the government had originally proposed two years ago.

He said it was going to require further refinement in the select committee and he would encourage public submissions.

Dr Smith said the RMA was one of the country's most important statutes, both for the economy and the environment and he was pleased to get it underway.

New Zealand First abstained from voting and MP Denis O'Rourke told the House the party refused to support a bill it had not been consulted on or had time to consider.

The bill will now be looked at by the local government and environment select committee.