Prime Minister John Key says New Zealand is at war with Islamic State alongside France but there will not be any change in the way this country is fighting that war. 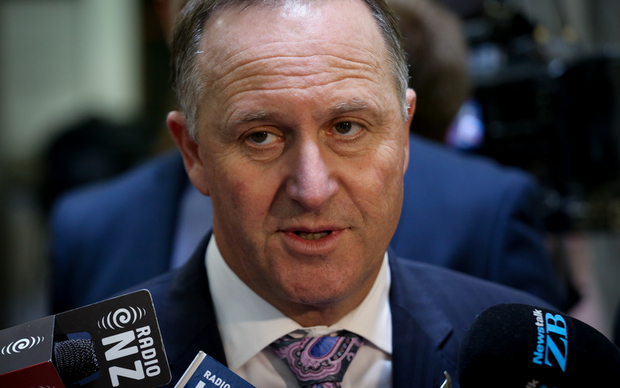 Mr Key said the deployment of military trainers to Iraq would not be expanded or reduced in response to the terror attacks in Paris.

"Our contribution is well defined in Iraq. I think it is genuinely making a difference."

The threat of domestic terrorism in New Zealand remained low after the attacks in Paris.

A low risk level means that the threat of a terrorist attack is assessed as possible, but not expected.

"The government's system has swung into action over the weekend. I met with officials and they are continuing to monitor, assess and provide advice on both the domestic and international situation," he said.

But Mr Finlayson warned more terrorist attacks seemed to be happening at present and people needed to be vigilant wherever they travelled.

"Because you know not when this sort of thing is going to strike....the world is an unsafe and unstable place at the present time."

One of the attackers reportedly arrived in Europe as an asylum seeker.

Mr Key said refugees coming to New Zealand were heavily vetted and he was confident those that arrived here were genuine.

Labour Party leader Andrew Little said the risk of a terror attack here was no more likely than it was before Paris.

He said New Zealand had been taking refugees for years, with no major security problems.

"One of the reasons why, even when we called for an increase in the refugee intake, we knew that that had to be limited in numbers because you do want to make sure that we are able to do the required vetting so that we minimise any security risks."

But New Zealand First leader Winston Peters was not so sure the risk was low.

"There have been scandal after scandal of from the immigration department of not doing their job." He said this included allowing entry to one of former Iraqi President Saddam Hussein's ministers.

Mr Peters said New Zealand was a target for IS. "Because of the government's decision to do what they have done in the Middle East now, that exacerbates our potential to be attacked."

Mr Peters said the weekend's violence was not an attack on Paris or France, but on civilisation itself.