A government agency is being investigated for its role in the Saudi sheep scandal.

The Chief Ombudsman Dame Beverley Wakem is investigating New Zealand Trade and Enterprise (NZTE) which is refusing to release a report into the mass lamb deaths at the controversial farm New Zealand helped set up in the Saudi desert.

The government established an agrihub in the Saudi desert last year, in a bid to appease an aggrieved sheikh and get a free trade deal with the Gulf States.

Documents released by Foreign Minister Murray McCully show the government pushed animal welfare laws to the limit when it flew 900 very heavily pregnant sheep from New Zealand to a sheikh's farm in the Saudi desert.

After a complaint from RNZ, the Chief Ombudsman is investigating the Saudi sheep deal. Photo: 123rf.com

But shortly after the sheep arrived and began giving birth late last year, nearly all their lambs died.

At the time, NZTE flew experts to investigate and they produced a report into the debacle - but it is refusing to make it public, saying it did the report for the Saudi sheikh.

But following a complaint from RNZ, that refusal is now being investigated by the Chief Ombudsman.

New Zealand First Leader Winston Peters said it was an example of an enormously arrogant government trying to keep the public in the dark.

"Well, the public paid for it and that gives them the right to know, they need to know the facts," Mr Peters said.

Labour Party trade spokesperson David Parker said the public had a right to know why so many lambs died at the agrihub, which was supposedly showcasing New Zealand agriculture.

"I find it hard to accept that the New Zealand taxpayer, having funded the cost of these New Zealand public servants to fly all the way to Saudi Arabia and look at why the lambs, on this so-called model farm in the desert, that was paid for using taxpayers funds - why New Zealanders can't see what the outcome of that report was.

"It's unbelievable to me," Mr Parker said. 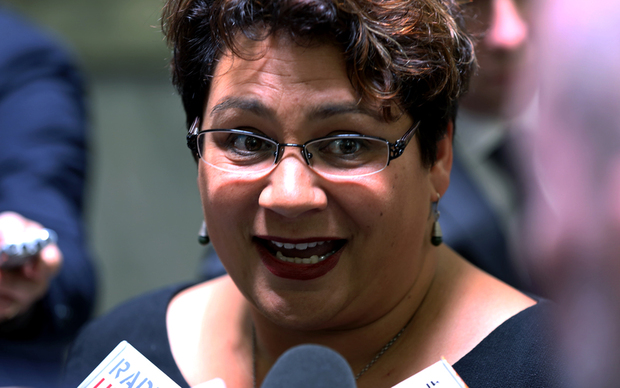 "It's another example where a Government agency is refusing to release information that New Zealanders are entitled to," she said.

"There is a huge scandal about the Saudi Arabia sheep deal in a range of ways, not one of them being the deaths of those lambs.

"If a Government agency has sent a team to investigate those deaths, that report should be made available to New Zealanders as of right."

New Zealand Trade and Enterprise Minister Steven Joyce declined to explain why the public was not being allowed to see the report it paid for - saying it was an operational matter.

The government has given about $12 million of taxpayers' money to the Saudi sheikh - in cash, agricultural equipment and the sheep.

The Auditor General Office has launched an investigation into the deal after more than 10,000 New Zealanders and major political parties called on it to do so.

The Serious Fraud Office told RNZ it was aware of the Saudi sheep issue and that the Auditor General was investigating the matter but said it had not launched its own investigation at this stage.

Mr Peters said he would not be surprised if it did.

"Because that's the kind of conclusion you have to arrive at, given the lack of credible explanations given so far by the bureaucracy and by government - none of this is washing at all," he said.