Obesity campaigners say the government $7million plan to fight the obesity epidemic in children does not go far enough and is not cost-effective. 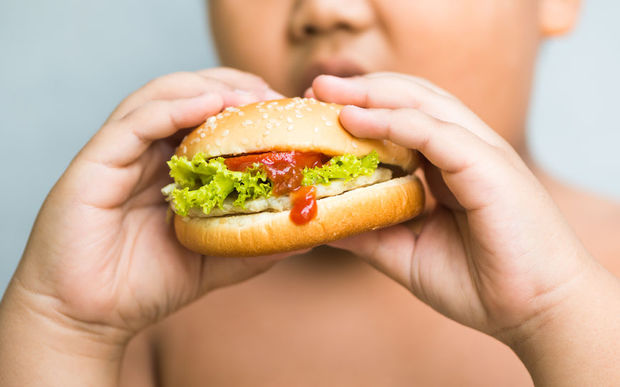 New Zealand has the third highest rate of childhood obesity in the OECD, behind Greece and Italy.

As part of its Childhood Obesity Plan, which will cost $7m for a year, it will identify obese children before they start school, and offer diet and exercise advice to them and their families, and review the rules on advertising to children.

Ministry advisor Pat Touhy acknowledged the effectiveness of any of the plan's 22 initiatives had not been fully proved, but said no single initiative was the answer to obesity.

But obesity campaigners question whether the plan goes far enough and will actually achieve what it is setting out to do.

University of Auckland professor of Population, Nutrition and Global Health Boyd Swinburn said while the plan contained positives - like identifying children with obesity - research showed many of the 22 initiatives are the least cost effective at reducing childhood obesity.

He pointed to a World Health Organisaton (WHO) report published last month on ending childhood obesity, which was co-chaired by the prime minister's chief science advisor Peter Gluckman and identified several key measures.

"If you really want to do something about childhood obesity then the most cost-effective measures are restrictions on junk food marketing to kids, taxes on sugar-sweetened beverages and policies for healthy food service throughout schools, early childhood centres and, in fact, any agency or department that the government has control over," he said.

Labour leader Andrew Little said if Labour won office, he would not rule out introducing a sugar tax, saying the government needed to toughen up on food processing companies.

Mr Little said the food industry must do more to reduce the content of sugar and fat in foods, or face the consequences.

But Dr Tuohy said the government's proposal was already heavily based on the WHO report.

"None of these interventions have randomised control studies, well, some do but most of them don't. Most of them are studies which are good enough to start with, but the science isn't completely organised yet," he said.

"For example, the tax on sugary sweetened beverages hasn't been shown in any country yet to reduce people's waistlines."

"But I think it's really important not to pick out one part because all of the programmes that we've got have some degree of effectiveness and no one of them on their own is going to be the critical factor," he said.

Under the proposal, 95 percent of children identifed as obese in the B4 School Check will be referred to a health professional for clinical assessment and their families will be given advice on diet and exercise.

Last year more than 1400 children were referred, but Health Minister Jonathan Coleman said he expected that number to treble to more than 4,000 by the end of 2017.

Dunedin School of Medicine Paediatrics and Child Health professor Barry Taylor said increasing referrals for the number of overweight kids would not necessarily reduce the size of the problem.

"I'd much rather say, 'Let's have a target around the B4 School Check, but let's say we know what the current rate of severe and overweight status is in that group, why don't we aim at reducing it, and then do everything we can to reduce the number of children who are overweight'," he said.

But Dr Tuohy said though the idea of a reduction target was discussed, it was decided the best first step was to get people to recognise the problem of obesity.

"A referral target means that people have thought about obesity. We are measuring height and weight and calculating BMI. We're having discussions with families about it and therefore raising the profile of it and raising the fact that it's an issue," he said.