Government claims that the country has moved on from leaky homes and building laws should be relaxed have been described as "looney tunes" by opposition MPs. 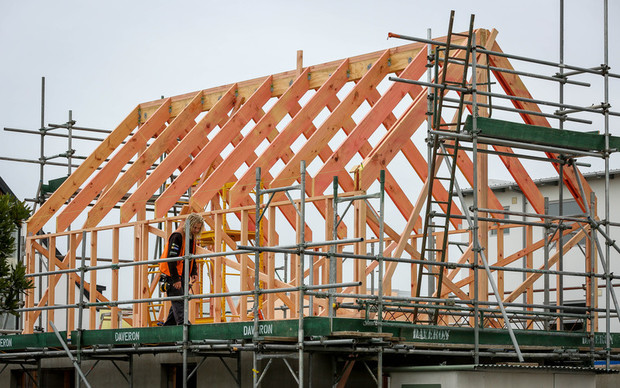 The building industry is also warning the government not to go too far with plans to cut red tape across the building and resource management acts.

The government revealed yesterday that it was considering recommendations from the rules reduction taskforce to allow builders to sign off more of their work, without needing to get council consents.

"We've got a good mentality in this country, on our own properties and what we do, and maybe they're building a house for themselves," Mrs Bennett said.

"And instead, we put people through a whole lot of unnecessary compliance and don't concentrate on the areas that really are important - and we understand why, a lot of it is risk, a lot of it from the leaky homes.

"But products have moved on since then, the country has moved on from then, and we have to make sure we are getting sensible rules."

"This is looney tunes from Paula Bennett - she is saying New Zealand has moved on from the leaky homes catastrophe.

"People have not moved on - this is a $22 billion disaster. There are thousands of New Zealanders who have had their homes and their assets destroyed by this and they most certainly haven't moved on," he said.

"And I think that anybody who has done a building project of any size will know that getting builders to certify their own work is a really dumb idea."

"Absolutely not. And to suggest that we have moved on, and that products have moved on to the extent that building failures will not occur again, is just plain wrong.

Mr Gray said while he saw the need to streamline processes, some builders were simply not being cautious enough about doing their jobs, and leaky buildings were still being constructed.

A lawyer specialising in building cases also said the government was wrong to say the country has moved on from leaky homes.

Stuart Robertson - a senior partner at Kensington Swann - was also concerned by the recommendations to allow builders to sign off more of their own work.

"There are second-time and third-time leaky homes out there at the moment. I have no confidence we are over the leaky building crisis.

"If we've learned nothing else from the weather-tightness crisis, we shouldn't be rushing into self-certification builders don't intend to build defective or leaky buildings, but the pressure on them from developers and consultants to perform does leave open a high element of risk."

But Housing Minister Nick Smith has played down the concerns, saying there was a lot of low risk work that builders should be able to sign off themselves.

Mr Smith said there was already exempted work, and the report said those exemptions should be extended to more low risk areas.

"Now in the leaky homes days, we had any old person with a dog and a nail bag able to go out there and call themselves a builder. We now have a licensed builder practitioner system so that only licensed people can do stuff, and we believe there are some areas "

But he added that the country needed to consider its options because of the housing crisis.

ACT Party co-leader David Seymour said if builders were allowed to sign off on their work, they should face greater accountability.

"At this stage anyway we don't think that the industry is ready for self-certifying whole houses, now there may be some builders are ready to do that for quite simple houses or simple structures.

"But certainly when I'm talking about complex, specifically designed houses which are more complex in terms of structure or weather-tightness those are the areas where it has to be considered quite carefully."

Mr Kelly said that if builders do get more freedom to sign off work, then the licensed building practitioner standards need to be set at a higher level.