Immigration Minister Michael Woodhouse has dismissed calls for the Government to do more to assist climate change refugees from the Pacific as colonialist, white person's guilt. 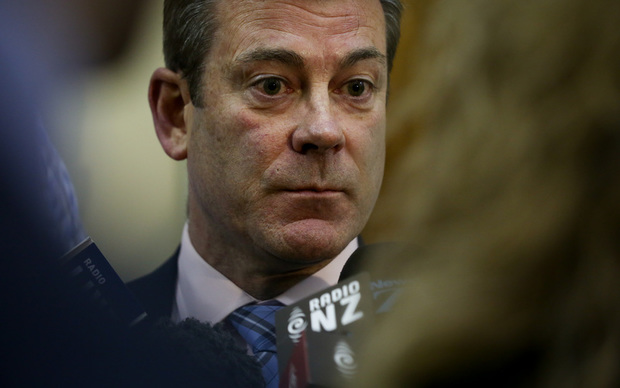 Mr Woodhouse said New Zealand would not be the ambulance at the bottom of the climate change cliff.

Immigration New Zealand said this morning it was going ahead with the deportation of a man to Kiribati and said he would be on the next available flight next week.

The man's family said they were climate change refugees who faced rising sea levels, extreme weather and food insecurity if they were forced back to Kiribati.

The matter has been put on hold until Monday, after the man's lawyer made a last ditch bid for bail.

Mr Woodhouse said he had no plans to intervene.

"He has exhausted all of his legal remedies as far as I am aware and is liable for deportation and that is what will go ahead in the near future.

Mr Woodhouse was asked whether New Zealand could take more climate change refugees in the future.

He said the Government's focus was on climate mitigation, not building an ambulance at the bottom of the cliff.

During question time Green Party MP Denise Roche asked Mr Woodhouse if the Government had a plan to allow people displaced by climate change to relocate to New Zealand.

He replied that New Zealand acknowledged the concerns of Pacific Island countries and others around the impacts of climate change.

"The Government does not have specific climate related immigration policies, but New Zealand does a lot in this area through direct assistance and support to regional organisations."

Ms Roche asked Mr Woodhouse if the Government needed to move on the matter, given recent events.

"Does New Zealand need a plan to deal with people who have been displaced by climate change given that the courts have already dealt with two cases where climate change was a factor in their seeking asylum?"

Mr Woodhouse replied that, as far as he was aware, the courts dealt with the cases by saying that climate change was not a criterion to be considered in the determination of someone's refugee status.

"If in the future it is untenable for some areas to live in their home countries then an appropriate response would need to be developed at that stage and as part of a broader international response."

Ms Roche asked if he had anything to say to Pacific Islanders.

"Minister what do you say to our Pacific neighbours whose homes are literally drowning, do you it is adequate to say that we don't need to do it now."

Mr Woodhouse came back with a rather unusual retort.

"I certainly wouldn't be giving that sort of paternalistic, colonialist, white person's guilt response to it!

"I am not going to apologise for this country's response now and I'm confident that future Government's will appropriately respond in the future."