At least 25 Trans-Pacific Partnership (TPP) protesters were arrested after trying to force their way into a government building in Wellington.

A group of about 60 protesters had been outside the building since 10am.

Groups of two tried to push past police to get into the building for about two hours before the police began arresting people. Others had been arrested for sitting on the road and refusing to move.

The protesters, from the group Show Us Ya Text, tried to force their way into the the Ministry of Foreign Affairs and Trade building in Wellington. 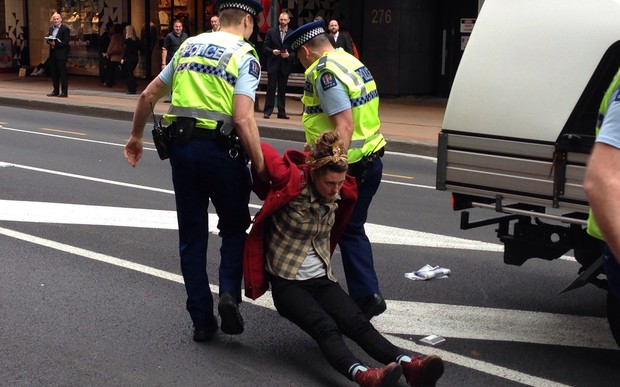 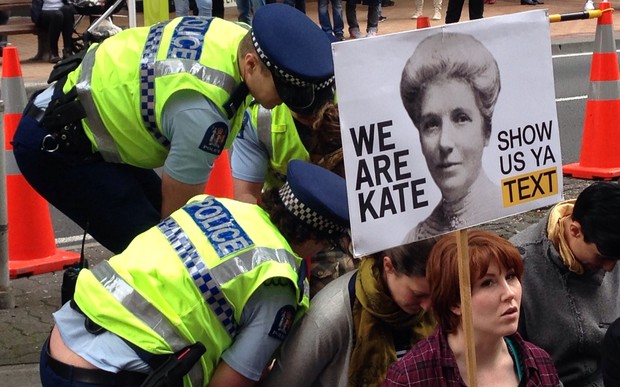 They wanted documents about the proposed deal published and said democracy should not happen behind closed doors.

Police had pushed protesters from the ministry building entrance to the footpath, and about 20 of them had then sat on the street on Lambton Quay. 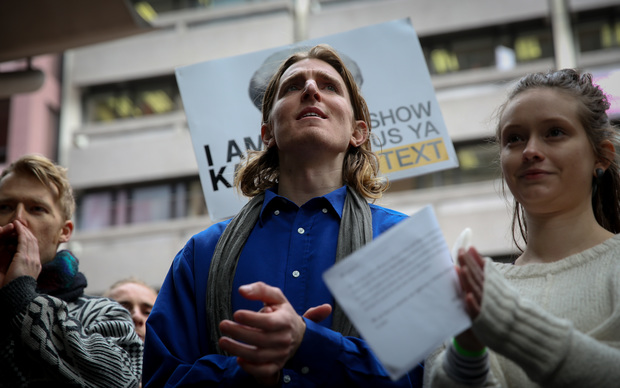 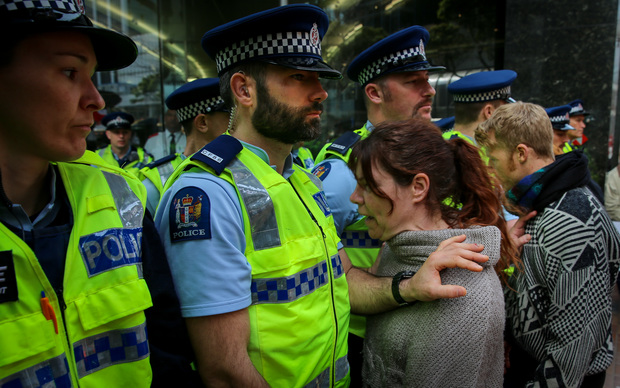 Show Us Ya Text spokeswoman Lizzie Sullivan was one of those arrested and said police were unhappy with the group's actions.

"We can't control the way that the police react," she said.

"All we know is that we're able to be strong and dignified and non-violent in our approach.

"If there is one thing worth getting arrested for, it's democracy."

Ms Sullivan said the public should be able to see the documents and make their own decisions.

"We've come down here because we've asked the Government countless times to release the text of the TPP and they have not obliged, so we're conducting a citizens-initiated search and seizure to attempt to enter the building and retrieve the text ourselves," she said. 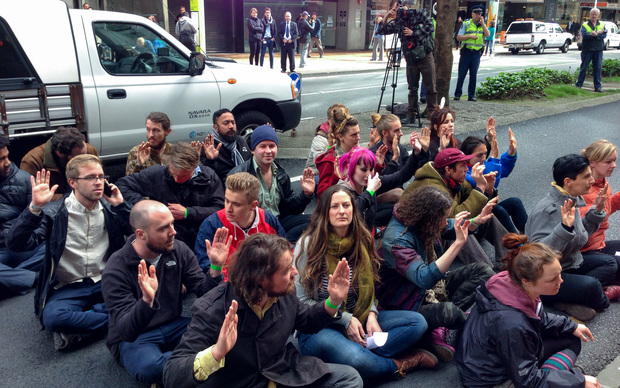