The Government is not sure how many migrants will settle outside of Auckland as a result of its announced change in immigration policy. 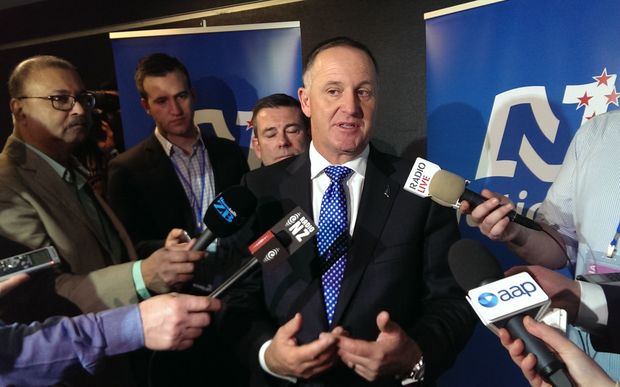 Under the change skilled migrants and entrepreneurs will get even more points towards residency if they agree to live in the regions.

For entrepreneurs their bonus points will double from 20 to 40, while for skilled immigrants it will go up from 10 to 30 if they set up a business or accept a job offer outside Auckland.

Under the current rules if skilled migrants get 140 points they automatically get residency.

It would also double the points for entrepreneurs planning to set up a business in the regions under the Entrepreneur Work Visa from 20 to 40 points.

In a further move the Government intends streamlining the labour market test to provide more certainty to employers seeking to bring skilled migrants into the country.

Mr Key told the conference many mayors around the country had told him their regions could not attract the workers their businesses needed.

He told reporters the Government could not be sure how many migrants might move elsewhere as a result of the policy but it was likely to be effective.

"There's no question that for some people they will now look at what's on offer in New Zealand and they'll say 'it's an easier pathway if I want to go to the regions than if I want to park myself in Auckland'."

Immigration Minister Michael Woodhouse said many new migrants settled in Auckland which faced many challenges providing enough infrastructure. At the same time many employers in other parts of the country often struggled to find enough skilled workers.

But Mr Woodhouse said New Zealanders would always be first in line for jobs.

Mr Key also responded to worries about the economy, saying it was well-placed to deal with the global challenges.

He said many sectors were performing strongly, with exports boosted by the lower valued New Zealand dollar.

In another immigration initiative Mr Key said the Government intended providing an opportunity for a limited number of people on temporary work visas in the South Island to apply for residency.

He said these people and their families had been in New Zealand for a number of years.

Mr Key said about 600 overseas workers in lower-skilled occupations in the South Island had had their visas rolled over for more than 5 years.

The Government intended offering residency to these people, who commit to regions in the South Island where they have put down roots.

He said detailed policy on this change would be released early next year.

During his speech Mr Key also defended the Trans-Pacific Partnership negotiations, saying a deal would get New Zealand access to the big markets of Japan and the United States.

"This is something that successive governments in New Zealand of both stripes have been actively pursuing for many years. That's because it will mean better deals for Kiwi producers and exporters, better access to world markets and better prospects for growing those markets in the future."

Mr Key said the trans-Pacific trade deal would also be good for jobs and incomes in New Zealand.

He criticised the Labour Party, which has put a number of conditions on whether it would support the TPP, saying Labour no longer knew what it stood for.