The Finance Minister has warned the National Party's annual conference that rising house prices in Auckland could drop just as fast.

Bill English said that would not be good for the economy but the Government was also worried high house prices were unfair on low income families. 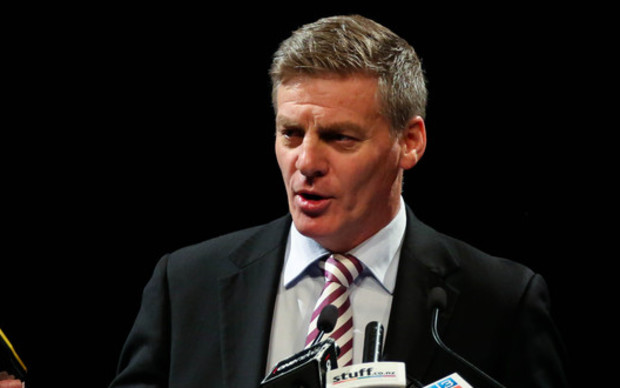 Mr English told the conference at the SkyCity convention centre that the Government was working hard to take the pressure off Auckland house prices.

Later, he told reporters the Auckland housing market was a problem.

"Housing markets that look - where you have this sort of rising price structure tend to be more volatile, and that's not that good, that's not good for the economy."

Mr English said high house prices also helped increase inequality by making it tougher for those on lower incomes to buy their own own.

They also cost the Government money as it had to spend more subsidising housing for those on low and middle incomes.

Mr English also acknowledged that the slump in dairy prices would have a negative effect on economic growth.

But he re-assured National Party delegates that the economy was still going to grow moderately over the next few years.

He said the economy was now much more resilient, and falling interest rates and the drop in the value of the New Zealand dollar would help offset the impact of falling dairy prices.

Dairy made up about 20 percent of the country's exports but the other 80 percent would benefit from the lower value of the New Zealand dollar.

Mr English said the troubles in Greece and the slowdown in China had cast a shadow over the global economy.

However, in better news, the United States was in "fairly good shape" after years of struggling.

Mr English said in the face of uncertainty it was vital National remained confident in its economic policies and in the robustness of the economy.

He said the difference Prime Minister John Key had made to the party was that National now believed the economy should work for every person, not just dairy farmers and a few others.

"We can make fundamental changes to the way New Zealand works, and [to] the outlook for every New Zealander," Mr English said.

Mr Key also took the opportunity in his opening remarks to lash out at opposition parties for being inward looking.

He said the Government was focusing on the issues, rather than on its opponents, and that their view of modern New Zealand was not one he shared.

"Nor is it I believe the view of the vast bulk of New Zealanders. They're inward looking. They have a very negative view of our country.

"I think we should be celebrating the fact that we're globally connected, that we're multicultural, that we're positive, that we're confident about where we are going as a nation," Mr Key said.

Mr Key said the party could be cautiously optimistic about winning the 2017 general election.

He said the minister was doing his best to manage the country's most dangerous people in New Zealand's toughest place.

Mr Lotu-Iiga has been under fire for his handling of the Mount Eden Corrections facility, with the Labour Party calling for his resignation.

The prison has been the subject of a string of complaints about organised fights, contraband, prisoner injuries and the death of one inmate.

On Friday, Corrections announced it was appointing a director to manage the day-to-day running of the prison and would impose financial penalties on the prison's operator Serco.

Mr English told the National party conference on Saturday morning that they all got their turn in the media, and this week it was Mr Lotu-Iiga's.

"And he has the total support of the Cabinet and the caucus. He is dealing with the challenges of managing New Zealand's most dangerous people in New Zealand's toughest place, Mt Eden prison, and we will support him through that.