Social Development Minister Anne Tolley says the Government decided to lift benefit levels from next April because it is confident the move will not stop people moving into work.

The Government is under renewed pressure to do more to tackle child poverty after a newly released document confirms it was told its policies would have little effect in the short to medium term.

Since that advice was given the Government announced in its May Budget that benefit payments and family tax credits would rise next April.

But Opposition parties and the Child Poverty Action Group say those increases are not large enough to make a material difference.

The advice was given to the Government in February 2013 but only released under the Official Information Act this week after Radio New Zealand made a second request for it.

The first request for information was made in May 2013.

Several reports were released almost 18 months later in October last year, after repeated appeals to the Ombudsman, but advice that the Government's policies would have little effect were deleted.

That advice was only been released this week.

Mrs Tolley acknowledged the Government was not prepared to raise benefits back in 2013.

She said it changed its mind because the gap between benefits and wages had grown so big.

Even with an increase in benefit levels it was confident those on welfare would still have an incentive to find work.

"It's trying to maintain those incentives to get back into the workforce but confident that a growing economy was producing the jobs and that...the work we were doing was having an effect."

Mrs Tolley said by increasing the work requirement for sole parents the Government would also help ensure beneficiaries moved into work rather than remained stuck on welfare.

"We've seen officials tell Government what is necessary to make an impact on child poverty which is raising incomes, especially for the poorest families and especially for families of the youngest children.

Ms Turei said as a result the advice officials had given in the paper was contradictory.

Meanwhile, the Government announced in May's Budget that it would increase benefit payments for families and increase the family tax credit next April.

But Ms Turei said it was still doing the bare minimum to help families in poverty - and that was reflected in official advice that the Government should ensure what it did was affordable.

"Officials are trying to put the strong case that income matters, that the poorest need a significant boost in their incomes but they are delivering to government ways out of doing the right thing," she said. 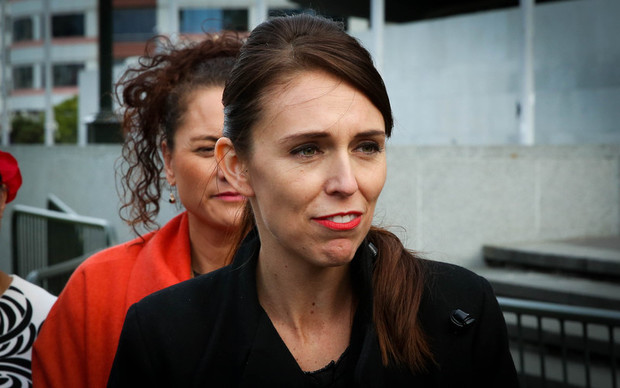 The document obtained by Radio New Zealand also said the biggest dent made on poverty in the past decade had been a result of the increases made to Working for Families tax credits by the former Labour government.

Labour's children's spokesperson, Jacinda Ardern, said it was clear what should be done.

"It is frustrating to see that the Government was advised that there was a tool that they could use that would help them make a difference to families in poverty and that was using the Working for Families framework.

"Now that was something we've asked from the very beginning when we saw the Budget announcement. Why wasn't there just an increase in the family tax credit?" Ms Ardern said.

But, as well as lifting benefits by $25 a week from April next year, the Government is also making changes to Working for Families, which it says will increase the family tax credit by $24.50 a week for very low income working families.

Opposition parties said the increases, while welcome, were not enough to make a substantial difference to families living in poverty. 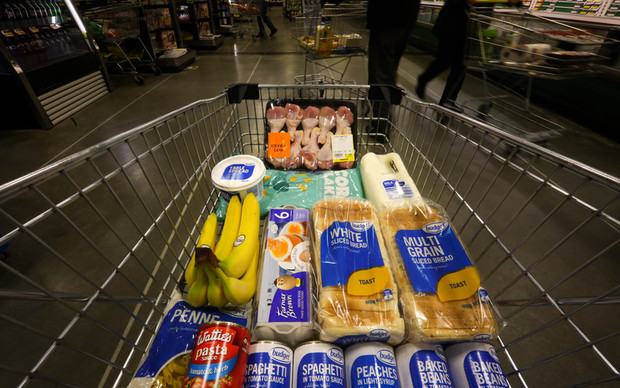 What the extra money might buy: $24.93 of groceries at Pak 'n Save in Kilbirnie, purchased by Radio New Zealand after May's Budget. Photo: RNZ / Alexander Robertson