Official papers reveal the Government was told its policies would do little to cut child poverty in the short to medium term. 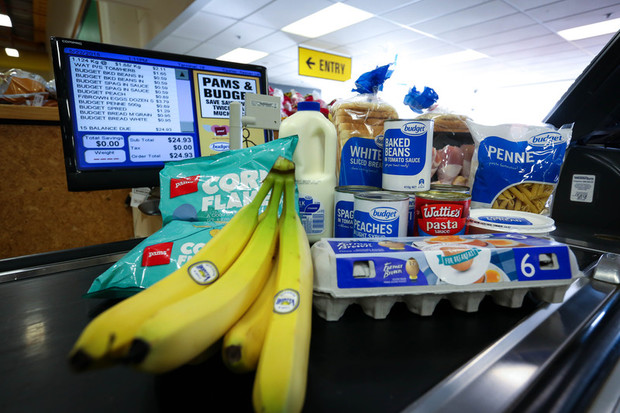 But that advice was given before the Government announced in this year's Budget that it was raising benefit levels for families by $25 a week next year.

The advice is included in a report Radio New Zealand first obtained under the Official Information Act last October.

But the advice was withheld when the paper was released at that time.

The paper, dated 1 February 2013, was written by the Ministry of Social Development in response to the Children's Commissioner's Expert Advisory Group report on child poverty.

In May 2013 Radio New Zealand requested copies of all advice the Government had received about how it should respond to the report.

But it took until October last year, after the election, for the papers to be released and even then parts of the advice were withheld.

After this year's Budget, which included the announcement that benefit levels for families would rise by $25 a week next year and that Working for Families tax credits would also be increased, Radio New Zealand requested the papers again, this time without deletions.

Yet some papers released last year have not been provided this time, and there is still advice withheld in the information that has been released. 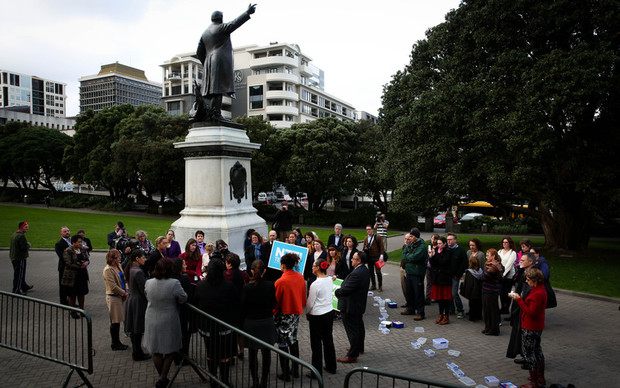 A 15,000-signature petition calling for action on child poverty was delivered to Parliament in May, the day before the Budget. Photo: RNZ / Alexander Robertson

There is, however, some new information in the latest release.

In the paper dated 1 February 2013, officials wrote that the Government had a credible and wide ranging programme to address poverty which targeted a number of its causes and effects.

In last year's release the following paragraph was deleted, but this time it has been included.

It reads: "However, in the short- to medium-term this programme is not likely to result in a large reduction in measured child poverty using an incomes or material deprivation basis. Recent experience with the Working for Families package has shown that it is possible to achieve significant direct reduction in poverty, but doing so requires significant additional investment."

But in 2013 officials did not recommend giving poor families, whether they were on benefits or working, more money.

Instead, in line with government thinking, the paper suggested focusing on early intervention, particularly by promoting early childhood education. It said if ministers wanted to increase income transfers they should do so by increasing tax credits for younger children, while reducing those for older children so there was no overall cost increase to the Government.

They also argued more incentives could be provided to get people into paid work.

In these papers, which are now three years old, there was no suggestion benefits should be raised, even though officials acknowledged beneficiaries had been deeply disadvantaged by the cuts made to benefit levels in 1991.

As late as last year, when these papers were first made public, the Government was still dismissing suggestions it should raise benefit levels.

What changed its mind is not clear. The documents released this month do not detail when or why the Government decided to increase benefit payments for families or lift Working for Family tax credits.

But it had been under growing pressure from groups such as the Child Poverty Action Group and opposition political parties to do more on child poverty. As well, opinion polls have revealed the public is increasingly worried about poverty and inequality. 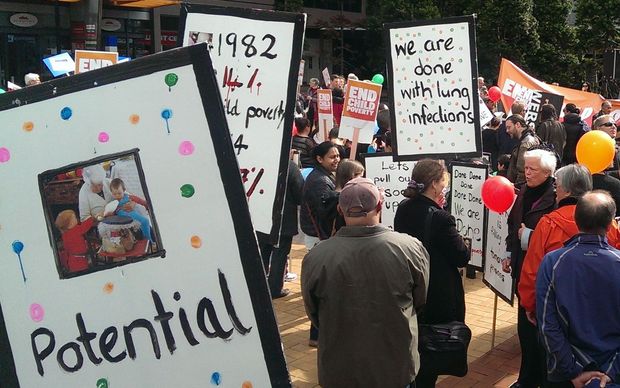 A hikoi to raise awareness of child poverty and children's rights in Auckland in September 2014. Photo: RNZ / Nicole Pryor