The Green Party says the Government told a Saudi businessman to sue New Zealand over its ban on live sheep exports. 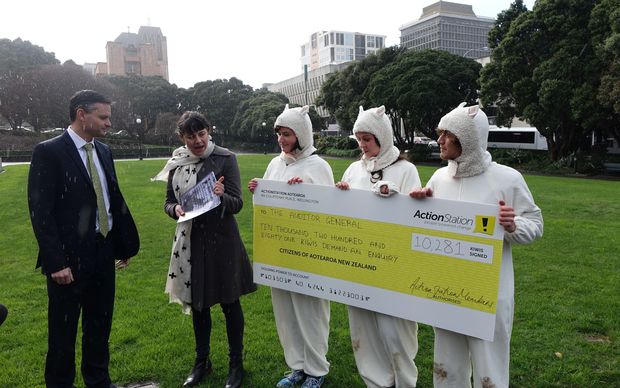 A petition calling for the Auditor-General to investigate the Saudi sheep deal was received by the Greens' James Shaw (left) outside Parliament today. Photo: RNZ / Benedict Collins

A letter dated 2011 from Brownrigg Agriculture, a company associated with the Saudi businessman, to Foreign Minister Murray McCully indicated the Government instructed him to seek "commercial redress" from New Zealand.

The Government has given more than $11 million in cash, livestock and agricultural equipment to the wealthy Saudi businessman, Hamood Al-Ali Al-Khalaf, and said it might give him more.

The Government has maintained it was facing legal action of up to $30 million from Mr Al-Khalaf because the former Labour Government had misled him.

But Green co-leader James Shaw asked the Prime Minister in Parliament if he was aware it was his own Government that had told Mr Al-Khalaf to take such action.

"Did any of his ministers suggest to Mr Al-Khalaf and his associates that they sue the Government of New Zealand?" Mr Shaw asked.

The Prime Minister said, while he couldn't speak on behalf of other ministers, he never made that offer and he would be "surprised" if his ministers had. 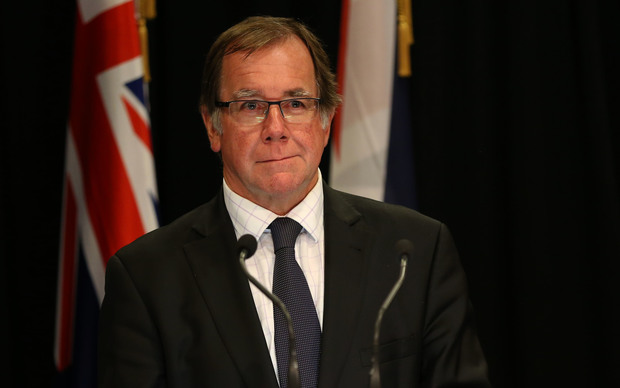 The letter from Brownrigg Agriculture made clear Mr Al-Khalaf was annoyed with both the Labour and National Governments over a period of seven years - believing he had been misled about live sheep exports restarting.

It also referred to a meeting in 2011 between Mr Al-Khalaf's representatives and Mr McCully about the ban and the possibility of a specialised export trade resuming.

However Mr McCully this morning said Mr Al-Khalaf had never communicated with him about the National Government extending the ban on live sheep exports for slaughter.

"Well he didn't tell me anything because I didn't talk to him about that particular roll-over," Mr McCully said.

Mr McCully has come under fire from Opposition politicians, particularly about the $4 million direct payment he authorised to Mr Al-Khalaf that has been criticised as a bribe.

But Mr Key again defended Mr McCully today. "In my opinion, while the Minister found a creative way through, he did everything above board."

New Zealand Trade and Enterprise has revealed that, as part of the package, taxpayers were spending $3.17 million on an abattoir at the businessman's Saudi farm.

It said that would cover the abattoir's design and specification compliance while Mr Al-Khalaf would spend double that amount on construction and chillers.

A petition signed by 10,000 New Zealanders calling for the Auditor-General to investigate the Government's Saudi sheep deal was received by Mr Shaw outside Parliament today.