The Government and the company which sent pregnant sheep to a farm in Saudi Arabia are at odds over what killed a number of the lambs born to them. 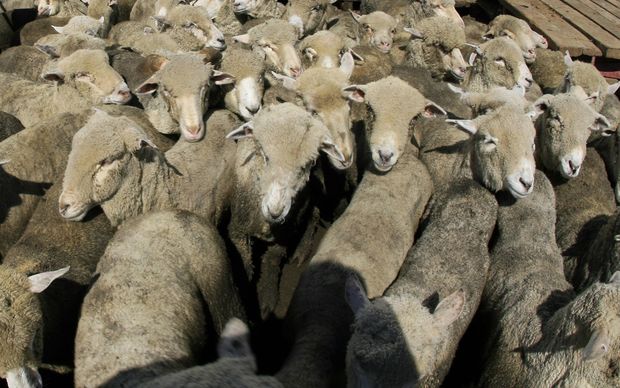 The Government flew 900 pregnant sheep to the Saudi farm late last year as part of a deal to placate a Saudi businessman who was angry New Zealand had halted the live sheep export trade.

Officials have confirmed a high number of New-Zealand-bred lambs died shortly after being born on the farm.

Primary Industries Minister Nathan Guy said some of the lambs were killed in a sandstorm but the export company which sent them said they died from a range of illness.

"There's a lot of sand in the desert, and the wind can get it up and that caused as I understand it some mortality," Mr Guy said.

"But I don't have all of the information, because MPI's responsibility role is about the transportation of stock and adhering to the animal welfare provisions."

Hawke's Bay export Bronrigg Agriculture, which exported the sheep, said this afternoon the lambs died from a range of illnesses and not as the result of a sandstorm.

The Saudi owners achieved only a 25 percent lambing rate, he said.

During Parliament's Question Time this afternoon, Labour MP David Parker asked Trade Minister Tim Groser why New Zealand Trade and Enterprise (NZTE) had said the welfare of the lambs was not its responsibility given the Government spent millions on the farm, saying it was to showcase the country's agricultural expertise.

"Well the comment was made because it is correct, it is not their responsibility, which doesn't mean to say that they're not concerned about the implications of it, which is precisely why they sent up experts to Saudi four days later to help Al Khalaf Group deal with the issues," Mr Groser said.

Mr Parker then asked why Mr Guy had been left in the dark over the deaths.

"Is the reason the Minister for Primary Industries was blindsided by this news yesterday and said at select committee today the lambs may have died in a sandstorm because neither MFAT (Ministry of Foreign Affairs and Trade) nor NZTE properly informed the minister about this debacle?"

Mr Groser replied he did not know what the circumstances were, and nor would any minister because they were operational matters

A Ministry for Primary Industries spokesperson said it had not received another application to have more sheep sent to the Saudi farm.

A Brownrigg Agriculture spokesperson said its staff had recently revisited the farm to shear the sheep and provide shearing training, and said it found all the sheep, including lambs, well fed and in good health.