New health and safety legislation had already been watered down before Government MPs revolted and demanded further changes to the Bill.

It raises new questions about just how much weaker the Government intends to make the Health and Safety Reform Bill, which was written in the wake of the Pike River Mine disaster.

But National MPs worried the legislation would impose too much red tape, particularly on small businesses.

That prompted them to raise concerns within their caucus and force the Government to delay the report back of the Bill so more changes can be made to it. 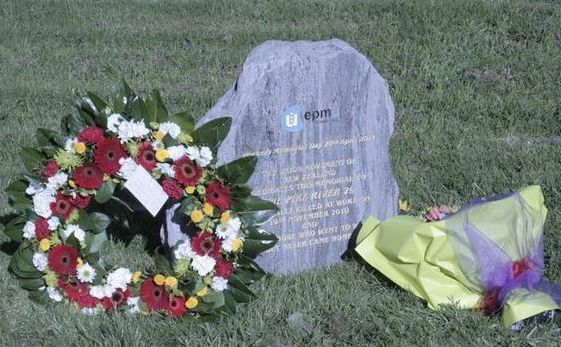 A memorial at Blackball to the 29 who died in the Pike River mine. Photo: SUPPLIED

Yet changes already made to the original Bill appeared to meet many of their concerns.

For instance, the draft the MPs objected to already removed a number of requirements on small businesses.

Any firm employing fewer than 20 workers no longer had to allow its employees to elect a health and safety representative. In the draft Bill worker participation in health and safety would only apply in larger firms.

Nor would small firms have to appoint health and safety committees.

At the same time several pages of clauses relating to the powers and responsibilities of health and safety representatives have been deleted from the legislation.

There are also other changes which would water down the intent of the original legislation.

So it is not clear why National MPs then were so resistant to the draft that was being prepared to be reported back to Parliament last week.

Possibly they oppose sanctions that remained in the draft legislation. Under those clauses employers could face fines or imprisonment for breaches, but only in cases where they act recklessly or "without reasonable excuse engages in conduct that exposes any individual to whom that duty is owed to a risk of death or serious injury or serious illness".

On reading the draft no employer is at risk as long as they take sensible and reasonable precautions to keep their workers safe.

But clearly, as the draft Bill was written, it lacked the majority support of National MPs.

On the other side of politics it would have also faced opposition from Labour, the Greens and probably New Zealand First because it was watering down health and safety regulations.

Their opposition is only likely to strengthen once the redrafted draft of the legislation finally gets reported back to Parliament at the end of July.

National MPs will presumably vote for that draft, as will ACT's David Seymour.

When it comes to a vote it might be United Future's Peter Dunne and/or the Maori Party's Te Ururoa Flavell and Marama Fox who determine whether the Bill does become law.