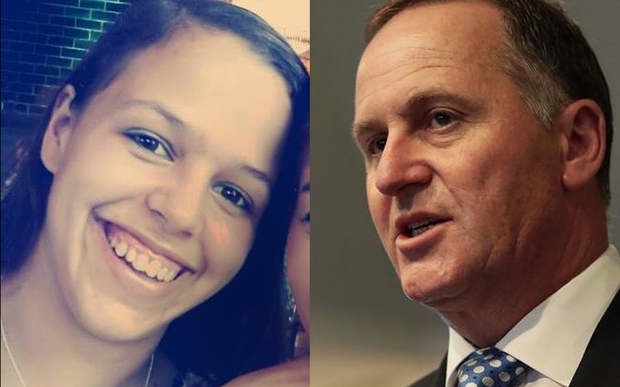 Mr Key, who leaves Dubai for Saudi Arabia this afternoon as part of New Zealand's trade push in the Gulf states, has apologised to Amanda Bailey for pulling her ponytail over several months whenever he visited Rosie cafe near his Parnell home.

Ms Upston last week released a statement saying it was never Mr Key's intention to make Ms Bailey feel uncomfortable, and he had apologised to her.

She had little more to add this morning.

"Yeah I made a comment last week - clearly he's apologised so I think that's the end of the matter," she said.

But Ms King said that response, from a minister who was supposed to represent the interests of women, was completely inadequate.

"I think she's responded appallingly, she hasn't responded at all. All that she did was back up the Prime Minister's comments he didn't really mean to hurt her feelings.

"She is the Minister for Women - Jackie Blue had the guts to speak out, a former National member of Parliament, and say it was inappropriate.

"I would have thought the Minister for Women could have worded it in a such a way that she showed support for a young woman worker who was going about her job serving the Prime Minister but was treated in a most inappropriate way."

Ms King said Labour MPs would question acting Prime Minister Bill English on the matter in Parliament this week, and that the issue would not go away just because Mr Key was out of the country.

Meanwhile, it has emerged Ms Bailey was posting messages on Mr Key's Facebook page as early as 1 March, including: "John Key likes to pull my hair - just like a schoolyard bully."