The Prime Minister, John Key, is about to embark on the second - and most controversial - stage of his trade push in the Gulf states.

He will soon head to Saudi Arabia where his position on human rights will be in the spotlight. 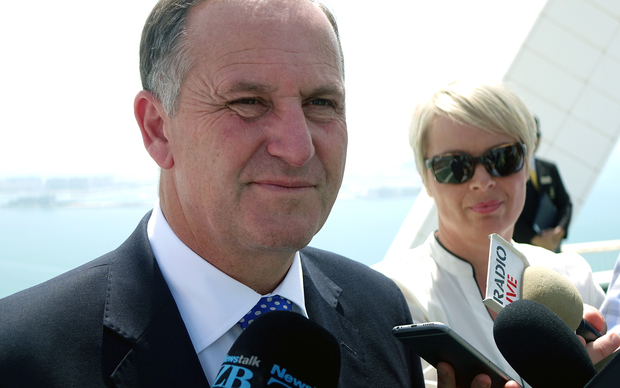 Mr Key calls the ultra-conservative country the powerhouse of the Gulf Cooperation Council, but it is one that has been a hurdle in passing a valuable free trade deal.

But human rights are a sensitive point. Amnesty International has issued a second statement calling on Mr Key to strongly and publicly speak out about what it says is Saudi Arabia's "abysmal" human rights record. 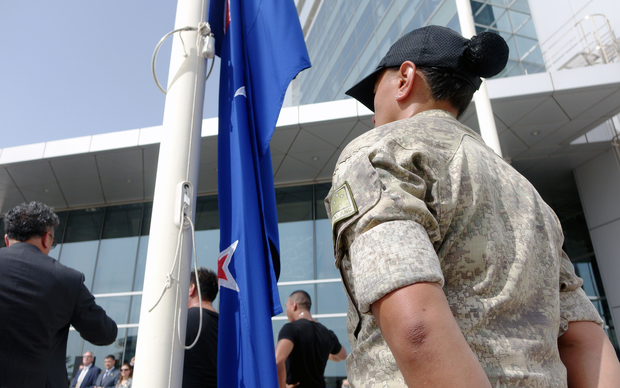 On Monday, Mr Key opened an expanded New Zealand Consulate-General in Dubai, which he said was a sign of increased business interest in United Arab Emirates.

He then spoke to an investor luncheon with the Minister of Economy, His Excellency Sultan Bin Saeed Al Mansouri, on the 27th floor of the seven start Burj Al Arab hotel.

The 18-strong delegation Mr Key is leading has wound up the United Arab Emirates stretch of the trip.

Before he was due to leave Dubai, Mr Key took a helicopter to meet His Highness the Crown Prince of Abu Dhabi, General Mohammed bin Zayed Al Nahyan.

The situation in Yemen and the threat of ISIS were discussed, and Mr Key said the meeting was "extremely positive and very fruitful".

"In terms of Yemen I think he's both realistic and at least hopeful there is a way forward, he acknowledges the issues there and in the wider region.

"He was very supportive of what we're doing and actually grateful that we were playing a part in terms of trying to combat ISIL. 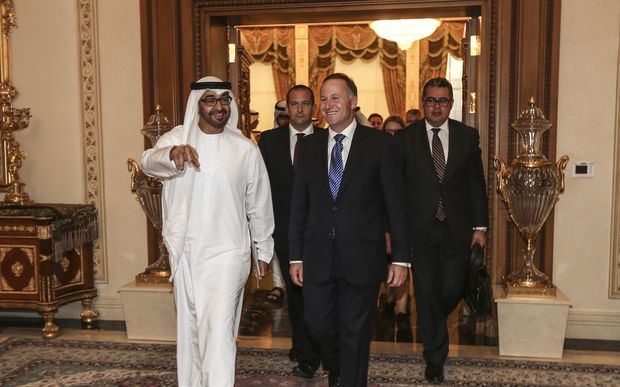 "He's obviously deeply concerned about the terrorist activities as he sees it from these extremists," Mr Key said.

Business leaders on the New Zealand delegation have been reluctant to speak about the human rights and women's rights concerns surrounding a free trade deal.

The chairman of Silver Fern Farms, Rob Hewett, had no comment on this aspect, but spoke about the benefits a trade deal would bring.

"From a New Zealand Inc perspective it's very important, and I think it'll be good for us and good for the United Arab Emirates as well to enable that trade to go without the tariffs.

"But for companies that are looking to come into the market, I think it's going to be very good, so, good for New Zealand," Mr Hewett said. 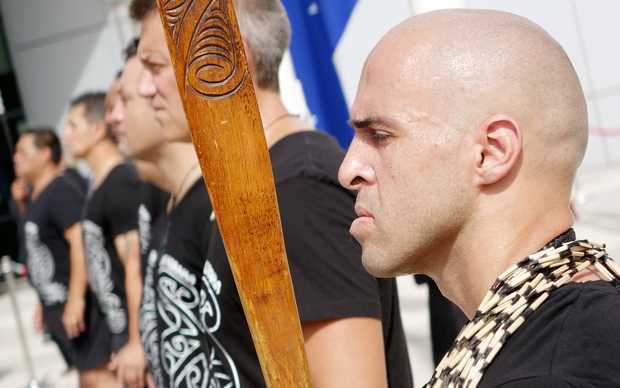 The Maori culture group performed with their shirts on to conform to local customs. Photo: RNZ / Kim Baker Wilson

Lesley Kennedy, chief executive of Maven International, one of just two women on the delegation, was asked about women's rights concerns.

"I think it's a very hard topic to actually get into, I don't think that we can comment really too much because it's very political, it's very very complex.

"And you know, who are we to say from an Islamic perspective what's right and what's wrong - we're New Zealanders - we have our own views on the world.

"We can't go in somewhere else and say, 'Well, you should do it this way'," she said.

The other woman in the delegation, Michelle Boag from the New Zealand Middle East Business Council, declined to comment about the trip altogether.