The Social Housing Minister is rejecting accusations that the Government put pressure on the Salvation Army to buy up its state housing stock.

The agency announced this week that it did not have the resources to buy any of the 8000 state houses under the hammer.

The Government was expected to begin consulting with community housing providers and iwi in April, with commercial negotiations starting in June.

It has not ruled out consortiums with private developers. 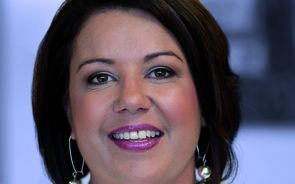 During question time in the House today, Labour MP Phil Twyford asked Minister for Social Housing Paula Bennett if the Salvation Army had been strong-armed.

"What reports if any has she received about the Salvation Army saying it felt pressured into carrying out expensive, time-consuming research on buying unwanted state houses because the Government repeatedly referred to the charity as a likely buyer?"

Ms Bennett was not biting.

"Mr Speaker, I have not received any such reports. What I have seen reports of though is the Salvation Army saying the Salvation Army is supportive of the Government's intentions to have community housing organisations involved in the management of social housing."

Ms Bennett told the House that the Salvation Army had said it was keen to pursue housing partnerships with the Government and other groups.

Mr Tywford continued his line of questioning: "Was she consulted before Bill English cynically politicised the good name of the Salvation Army to sugarcoat this Government's crumbling policy to flog off thousands of state houses to property developers and, if she was consulted, why didn't she stop them?"

Ms Bennett was quick to answer: "Mr Speaker, the only thing that is crumbling is some of those houses because of the neglect of Labour for so long on the maintenance of them."

The Minister said the Government had always been clear on its stance.

"Yes we imagine that community housing providers will go into partnership with some developers. I see that happening already and we already see some quite impressive developments going on."

The Government has already conceded many state houses are not up to standard and have not been properly maintained.

The cost of deferred maintenance had risen to $1.5 billion and the matter had been discussed with social agencies considering buying state houses.