Families in Auckland and Christchurch are suffering because of a lack of safe, affordable housing, the Salvation Army says - and the Government is not doing enough to help.

It has released its eighth annual state of the nation report, this year called 'A Mountain All Can Climb', analysing a range of social welfare statistics. 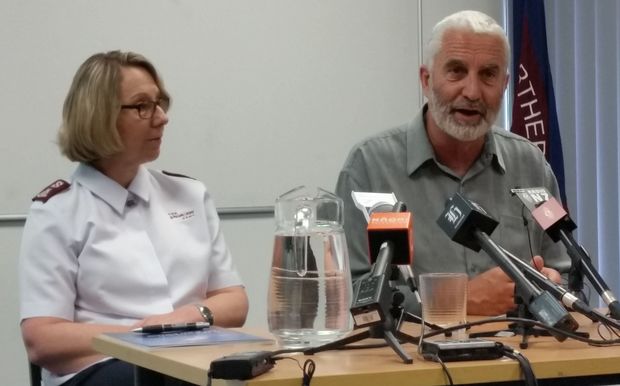 The report says increasing house prices in Auckland pose a real threat to the region's prosperity and even perhaps to New Zealand's financial stability.

In terms of availability, it says housing being built in both Auckland and Christchurch is not affordable for those at the lower end of the markets, and that is leading to overcrowding and declining health.

Major Campbell Roberts, a principal advisor for the Salvation Army's Social Policy and Parliamentary Unit, said the Government was taking action but not enough.

"We have a big lever approach. Pull one big lever and that will solve all the housing situations.

"Well, the problem with housing is that it's multi-levered. A lot of various things need to occur - I think some of those things [the Government is] starting to have a go at, but more action is required.

"It's a critical issue because if we don't address housing, then so many of the other things that we're trying to do, just fall over."

Social Development Minister Anne Tolley said the Government is putting a lot of work into dealing with the housing shortage, but changes can't just happen overnight.

"Last year we saw twice as many houses being built as had been built the year before. That will pick up in speed.

"We accept, everyone understands that it is very difficult for people and we're doing the very best that we can."

While the report acknowledges the difficulty in measuring child poverty, it has used the rate of children in benefit-dependent households to define it, which is down from 19 percent to 17 percent.

For the first time in a decade, the number of reported and substantiated cases of child abuse and neglect fell, although there were still 19,623 cases in the year ending 30 June 2014.

There was a rise in criminal violence against children, by 3.5 percent to a record 5397.

But, for the report's author Alan Johnson, one of the biggest disappointments is the lack of progress in NCEA grades.

There has only been a marginal change after a number of years of steady progress.

"The gaps that we've seen, and the experiences of well-off children and poor children in New Zealand is quite inexcusable.

"What's often happening is that it's the background circumstances of the children that contributes to their lack or otherwise of success.

"So children who do well, often have a whole set of supports around them that allow them to do that - and children that don't, don't."

Social Policy and Parliamentary Unit director Major Sue Hay said there were higher rates of apprehension for Maori youth, who are also 20-50 percent more likely to be prosecuted.

"For some reason, Maori youth are more likely to be prosecuted and apprehended for the same crime as their Pakeha peers.

"So there's something about an attitude there that we think needs to be looked at further. Potentially they just come to the attention of the authorities more regularly, and we need to explore what that means."

As well as the drop in crime, young people were benefiting from falling teen pregnancy rates.

Major Hay said there were issues with some of the data - for some areas the latest is from 2013, and in other areas, it has just not been supplied by the Government.

She would also like reviews of data from Child, Youth and Family.

"We would like to see it independently reviewed by the Office of the Child Commissioner. We think that it needs that external review for transparency and accountability.

"[We also need] agreed definitions for issues like child poverty would be really helpful so we know what we're targetting and we can measure whether or not we've made progress."

The Salvation Army said the Ministry of Education had not published the latest enrolment rates in early childhood education and researchers could not even get them through an Official Information Act request.

It also highlighted the difficulties in reading figures like child poverty data, when there are some estimates of 280,000 children in relative poverty, compared with the 6000 to 100,000 recently suggested by Prime Minister John Key.

It said with such a wide range of views on the size of the problem or how it could be defined, there was unlikely to be consensus on policies or budgets to address it.