Prime Minister John Key will try to push along progress on Trans Pacific Partnership talks during a meeting with Japanese counterpart Shinzo Abe. 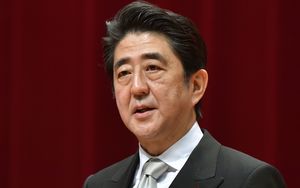 Mr Key has been in Korea for the signing of a free trade deal that was five years in the making and flies to Japan for a meeting with the Japanese Prime Minister this evening.

Officials are continuing behind the scenes negotiations on the regional free trade deal proposed by 12 countries, including New Zealand, Australia, the United States and Japan.

The talks also depend on progress between the US and Japan.

Mr Key described Japan as a major player and said he wanted to talk to Mr Abe about agriculture in particular.

"So, just generally how he sees TPP travelling, under what time frame he thinks it might be possible to complete the Trans Pacific Partnership, his negotiations and discussions with the United States - because they're very crucial as part of that."

Mr Key said the Japanese leader had been a strong supporter of the TPP and was keen to discuss its progress.