The ACT Party says it will tell its supporters to vote for the National candidate and not its own in the Northland by-election if it looks like New Zealand First's Winston Peters could win. 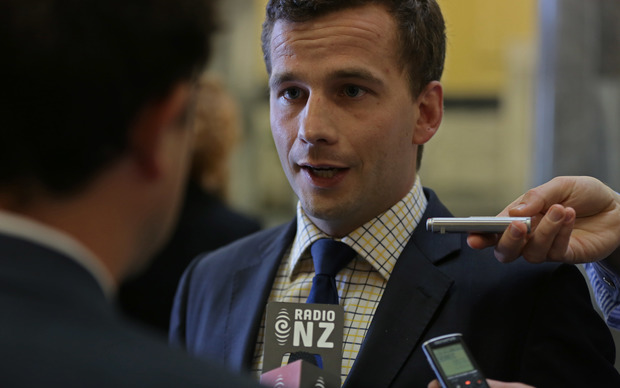 ACT's leader David Seymour has said that if Winston Peters wins Northland it will shift the balance of power in Parliament towards United Future and the Maori Party, which he said was the last thing the country needed.

He said if Mr Peters was still polling strongly closer to the 28 March election day he would tell ACT voters to get in behind National's Mark Osborne.

"All the time I've been in Northland so far, I've been telling them to vote for Robin Grieve.

"But obviously if it's tight in the final week and it looks like centre right votes going to Robin could help Winston Peters slip through the middle it could be very bad for Northland and very bad for the balance of Parliament."

Mr Seymour said no deal had been done with National, but it was vital National wins the seat.

Deal or no deal, Winston Peters said Northlanders would fall about laughing when they heard of Mr Seymour's offer, so token is ACT's support in the region.

"Mr Seymour suffers from a condition of far too many politicians - recognition hunger.

Labour leader Andrew Little was not surprised to hear of Mr Seymour's offer and said one could count the number of ACT's Northland supporters on one's fingers.

"The ACT Party are the supreme masters of political deals and political schmoozing."

ACT's candidate Robin Grieve said he set out to grow ACT's support - not to upset National.

"ACT's vote is reasonably small, about 200 votes at the last election, and of course the by-election turnout will be lower.

"So if we maintain that vote or build it, I don't think that's going to be anywhere near enough to upset the by-election, but obviously polls closer to the time will tell, but yes, that is the dilemma."

In a statement, National's Mark Osborne said what ACT does is up to them.

The Communications Minister Amy Adams will be the latest government minister rolled out to Northland to try to boost Mr Osborne's profile today.