The Prime Minister has not ruled out the Government's electronic spy agency engaging in mass collection of data but says it does not do mass surveillance.

At his weekly post-Cabinet news conference, Mr Key again refused to be drawn on the detail of how the Government Communications Security Bureau (GCSB) operates. 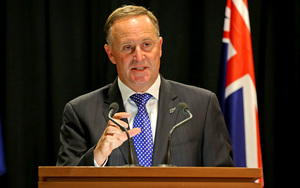 But Mr Key is adamant it did not monitor New Zealanders' communications.

And, he said, in the 12 months that current Inspector-General Cheryl Gwyn had been in the job, she had not raised any concerns with him.

"There's no other previous Inspector-General has raised concerns with me," he said.

"The assurances I've had on a repeated basis - as the former minister, I've asked them on numerous occasions, especially when the questions were being asked some time ago, and the absolute assurances I've had from them is that they do not undertake mass surveillance against New Zealanders."

Mr Key said when he made the promise he would resign, this related solely to claims the GCSB engaged in mass surveillance.

He said lawyers would draw a distinction between mass surveillance and mass collection of data.