The Prime Minister has refused to rule out whether the Government's electronic spy agency does do mass surveillance but he is adamant it obeys the law.

John Key told Morning Report he would not tell New Zealanders if their electronic communications were being picked up by the Government Communications Security Bureau. 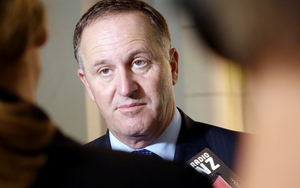 Last week more information was reported by investigative journalists Nicky Hager, using documents provided by the American whistleblower Edward Snowden, which revealed the GCSB did mass collection of data from the South Pacific. That would include the electronic communications of New Zealanders either living in Pacific Island states or communicating with people living there.

Mr Key refused to respond to comments made by a former director of the GCSB, Sir Bruce Ferguson, who confirmed the agency did engage in mass collection of data, including that of New Zealanders.

"What I am going to say is what we've always said which is the law is very clear when it comes to GCSB. So they have the capacity to collect information against a New Zealander but only under very, very limited conditions," Mr Key said.

He said his legal advice from GCSB was that those conditions were met.

"I think if the Prime Minister knew that that was wrong he would have said so and so I think the Prime Minister has essentially confirmed the reality that there is mass collection of all the data coming out of the Pacific, including New Zealanders'," Dr Norman said. 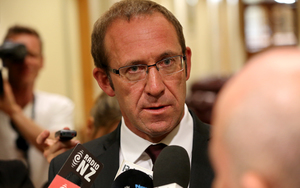 "I think the public are entitled to know if our state agencies, security agencies, are either doing mass surveillance, whether or not it's lawful and if it's not lawful to know that as well," Mr Little said.

He said Mr Key was very selective about the security information he made public.

The Prime Minister had, for example, been very relaxed about telling the public there were now about 70 people on a government watchlist but refused to say whether the GCSC engaged in mass surveillance.

Mr Little said Labour would push for greater transparency when the intelligence agencies were reviewed later in the year.