The ACT Party emerged from its annual conference this weekend full of renewed energy, but is that enough to halt its downward spiral? 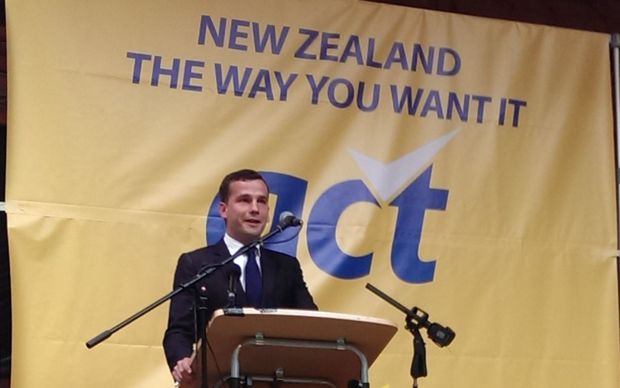 The party attracted just 0.69 percent of the vote at last year's general election, and was only returned to Parliament after National cut it a deal for the seat of Epsom.

About 230 people made the journey to the conference, which was held at Alan Gibbs' extravagant farm north of Auckland. Mr Gibbs is a long time supporter and funder of the party.

The venue was a refurbished barn, nestled among hectares of perfectly manicured hills, topped with huge sculptures and dotted with exotic animals, including giraffes and zebra.

The surreal surroundings were clearly a drawcard, as almost twice as many people as had registered turned out on the day.

ACT party members and supporters were keen to talk up the attendance, and the wide range of ages.

There were a fair number of ACT supporters from the heady days of Roger Douglas and Richard Prebble, but the youth wing of the party was also very well represented.

Having a 31-year-old leader was something almost everyone was excited about - some heralding it as a new beginning for the party.

The party leader, David Seymour, said ACT had been through a lot of change over recent years, and was now looking to the future.

"The ACT Party survived for 20 years, despite predictions it was finished, each and every one of those years.

"I think the question is not will we survive, but how much will we thrive? We're at a stage in the electoral cycle where the electorate is starting to tire of National somewhat, just like it was in the late 90's.

"The option is for a party like ACT to put ideas on the table."

The ACT Party has convinced itself it has a future, the challenge for it now is to persuade voters.