A small group of protestors has tried to disrupt the Prime Minister during the officially re-opening of the Oxford town hall in North Canterbury. 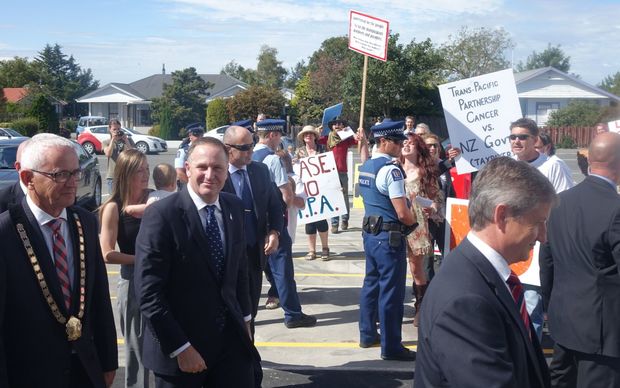 About a dozen protesters were at the opening of the Oxford Town hall , which John Key opened today. Photo: RNZ / Sally Murphy

The building has undergone earthquake strengthening and been extended and refurbished.

About a dozen people protesting against the proposed Trans-Pacific Partnership Agreement (TPPA) trade deal chanted outside as Mr Key made a speech inside the hall, and as a local school kapa haka group performed.