A co-author of an article in medical journal The Lancet says New Zealanders are far too complacent about the implications of the Trans Pacific Partnership Agreement (TPPA). 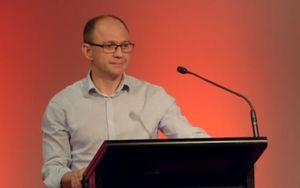 Dr Erik Monasterio, a senior psychiatrist, said the article urged the Government to release the negotiating documents for the free trade deal, allowing more debate on their impact on the cost of medicine.

Dr Monasterio said the Government had signalled that the negotiations are entering their final phase, with the next round of talks due next month.

"If we were able to see those negotiation documents, particular at end-game stage, we could have a more helpful, robust and mature discussion because then we could be on an even playing field."

He said leaked papers showed the negotiations would lead to deaths worldwide as the price of medicine became too expensive for low income people.

Dr Monasterio said New Zealanders should loudly demand that the Government release the documents or promise the deal will not allow corporations to sue governments for legislation that they think will harm profits.

The article has been signed by dozens of top clinicians from each country involved in the TPP.

Read an advance copy of tomorrow's edition of the journal (PDF, 165KB)