Protests against the Trans-Pacific Partnership Agreement (TPPA) were held around the country this afternoon. 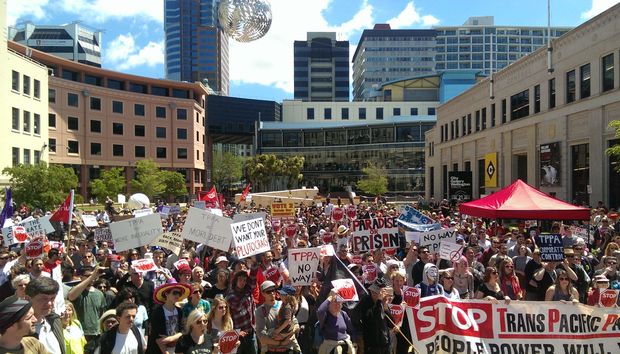 The National Day of Action coincides with a meeting of trade ministers in Beijing from the 12 countries that are negotiating the deal. 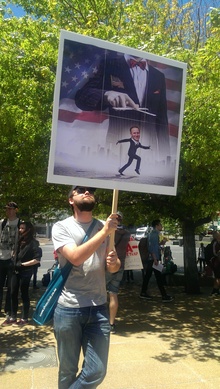 If signed the TPPA would represent 40 percent of all world trade, and would be the biggest trade agreement ever signed.

A law professor at the University of Auckland Jane Kelsey said key issues in the agreement could effect pharmaceuticals, the internet and the country's ability to regulate the mining and finance sector.

"The door will be closed on our ability to make our own choices about those policies in the future and that's why this agreement has to stop now."

Ms Kelsey said information about the agreement was only known because of leaked documents.

But in September this year, the trade deal's champion, Trade Minister Tim Groser, said New Zealand's farmers' stood to gain handsomely from access to some of the world's wealthiest, yet most protected, economies. Last month Mr Groser said that medicines would not be made more expensive if New Zealand signed up to the agreement.

Protests were organised in 17 towns and cities around the country.

In Auckland, more than 1000 people marched from Aotea Square down Queen Street to the United States Consulate, bringing traffic to a standstill along the way. 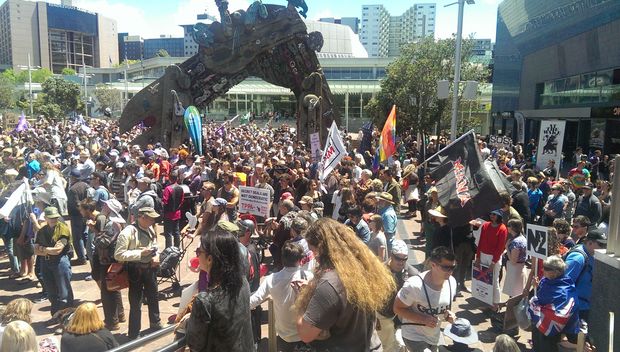 More than 1000 people marched from Aotea Square to the US Consulate in Auckland. Photo: RNZ / Anusha Bradley

In Wellington, more than 1000 protesters marched from Cuba Street to Civic Square and about 1000 people also marched in Christchurch.

While a rally in Dunedin against the TPPA trade agreement drew 400 people.

The protesters marched from Otago University to the Octagon, to hear speeches and poems. 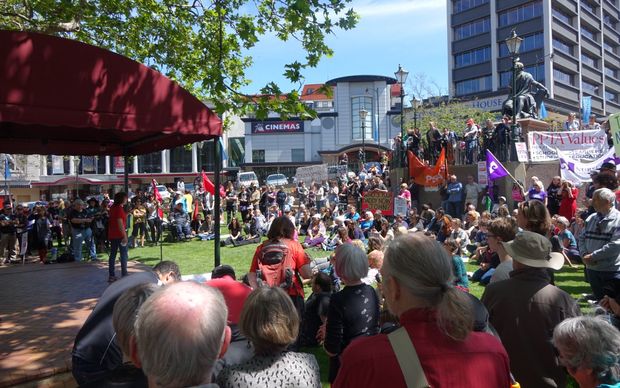 About 400 people attended the rally against the TPPA in Dunedin. Photo: RNZ / Ian Telfer

The crowd was addressed by several MPs including Labour's Clare Curran and the Greens co-leader Metiria Turei.