Climate Change Minister Tim Groser is on his way to Peru to take part in a key meeting on climate change.

It is hoped the Lima meeting will pave the way for a binding climate change agreement in Paris at the end of next year.

That is when world leaders aim to agree a new binding Climate Change document that, for the first time, includes contributions from all major emitting countries.

The Coal Action Network today organised a protest where people literally 'buried their heads in the sand' to mark Mr Groser's departure. 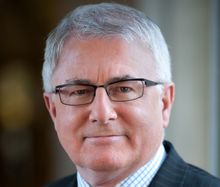 Tim Groser said he was particularly pleased to see the commitments expressed by the United States and China - the world's two largest emitters.

He said the Lima meeting would clarify how countries would put forward their pledges next year and what the United Nations Green Climate Fund could deliver to support countries facing the impacts of climate change.

Mr Groser said New Zealand would be announcing its pledge towards the world building a low carbon, resilient future at next year's meeting.