Police will not investigate a Green Party complaint about claims in Nicky Hager's Dirty Politics book.

In the book, Mr Hager accuses the National government of feeding damaging information about their opponents to right-wing attack bloggers, such as Cameron Slater.

The Greens lodged a series of complaints with the police after the book's publication, including that National staff and the then-Justice Minister Judith Collins had corruptly used information obtained in an official capacity. 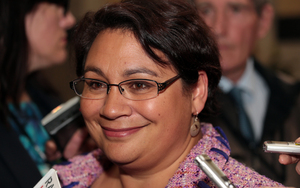 Police have since reviewed the allegations and say they appear to fall short of criminal offending.

However, they are still considering a complaint, lodged by both Labour and the Greens, that National staff unlawfully accessed sensitive information on Labour's website in 2011.

The police say if they do decide to investigate, it will be under Labour's complaint.

"They were quick to take Cameron Slater's complaint seriously and raid Nicky Hager's house, but sat on our complaint for months ... We need the police to act fairly, and I have real questions as to whether they have in this instance."

The police [ http://www.radionz.co.nz/news/national/256277/author-nicky-hager's-home-raided raided Nicky Hager's home] in October in response to a complaint from Mr Slater about the alleged hacking of his emails which were used in Dirty Politics.

Ms Turei says there is more than enough evidence to warrant an investigation into the claims in the book.

"We would be very concerned if the Police are applying different thresholds for launching criminal investigations depending on what side of politics you come from."