The Labour leader Andrew Little says in order to become more relevant, the party has to take a broader look at the workforce, and who it is seeking to represent. 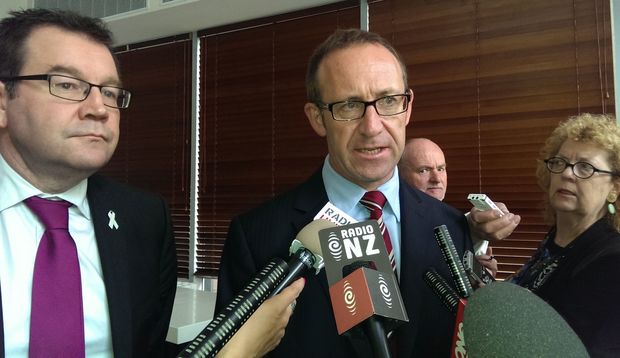 In his first speech outside Parliament as the new leader, Mr Little said the ongoing digital revolution was world-changing, and New Zealand needed to adapt.

Speaking to a group of business leaders at a breakfast speech in Auckland, he said the future job market would be totally different to the one he first entered after university.

Mr Little said there were huge potential benefits in an economy driven by ideas and innovation, but at the moment hard-working people were finding it harder to save, pay the mortgage and keep their businesses afloat.

He said the erosion of economic security New Zealanders should be enjoying was caused by the fundamental settings of the country's economy.

"It's about the fact that too much of our investment capital is going into speculation, instead of supporting the next great Kiwi business that is going to create jobs and grow our wealth.

"It's about the fact that the average house in Auckland earned more money last year than the average worker."

Mr Little told the audience it's not just those on low wages who were feeling the pinch.

"People on middle incomes, people who own a small business, people who work on contract, who are doing their best to earn a crust and get ahead, they are feeling forgotten. Mostly because in policy terms they are.

"I want to be clear about something here too: The Labour Party has a challenge to update our definition of working people in a world where the nature of work itself is changing.

"Because today, being the party of working people isn't just about being there for New Zealanders who work 9 to 5 on a salary or on a shift for an hourly wage."

Mr Little said the party would set up a "Future of Work Commission" to guide its policies on job creation; it would tour the country, holding public seminars and workshops.

Speaking to reporters after his speech, Mr Little said the Commission would be funded out of the leader's budget, but much of the work would be done by the party's own MPs, including its finance spokesperson, Grant Robertson who would act as chair.

"We'll be looking to partner up with universities like AUT, like Victoria University, to use their skills and talents and research, there's not a whole heap of extra money going into it, it'll be guest speakers and overseas speakers and we'll try to get any workshops or seminars sponsored as best we can."