Prime Minister John Key has admitted being in contact with Cameron Slater a "handful" of times since two inquiries were launched relating to information given to the right-wing blogger. 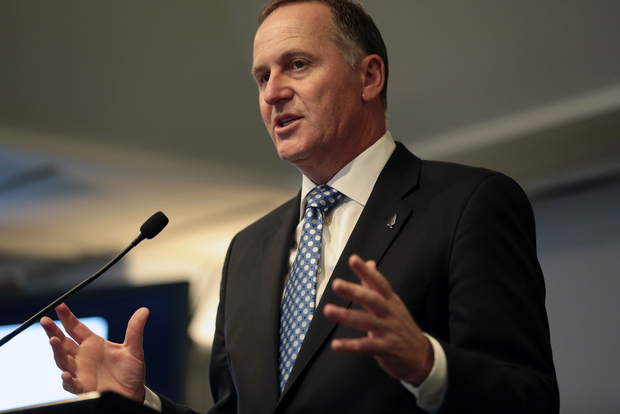 Mr Key this morning responded to reporters' questions about why he initially denied being in contact with Mr Slater, when asked yesterday by reporters and in Parliament.

He said he could not recall the exact number of occasions on which he had communicated with Mr Slater, saying it was "a handful" of times.

Mr Key has been responding to reporters' questions about why he initially denied being in contact with Mr Slater when asked yesterday by reporters and in Parliament.

He said he could not recall the exact number of times he had communicated with the right-wing blogger.

"Well I don't know the specific number, and I'm not going to guess that number," he said.

"But what I've said to you is, quite clearly, I haven't rung the guy and I haven't proactively texted him."

He said he had talked to the blogger ahead of his decision to release a screen grab of their email exchange on the evening of the release of reports on the SIS and on former Justice Minister Judith Collins.

Mr Key told reporters this morning he treated Mr Slater as he would any other journalist, and that on each occasion Mr Slater had initiated the contact.

Yesterday, Mr Key returned to Parliament to correct his earlier answer, confirming the exchange of text messages with Mr Slater about the Inspector-General's report.

"On Monday the 24th of November I received an unsolicited text message from Mr Slater with a reference to the IGIS report. There was a very short exchange where I briefly acknowledged that text message," he said.