A ministerial inquiry will be held into how convicted murderer and paedophile Phillip Smith was able to flee the country, Prime Minister John Key has announced.

Smith left New Zealand on 6 November on a passport obtained under his birth name, Phillip Traynor, and headed to Brazil via Chile.

He left the country while on a 72-hour release from Spring Hill prison in Waikato and the Department of Corrections did not know he was missing until two days later.

He travelled first to Chile and then on to Brazil, where police caught him at the Cidade Maravilhosa Hostel in Rio de Janeiro.

Mr Key said while there were other investigations going on, the Government felt there was a need for a wider, independent inquiry.

"Given the gravity of the situation and the need for the public to be satisfied that everything is being done to ensure their safety, and that prisoners are being properly managed, an independent inquiry reporting to a minister is necessary," he said. 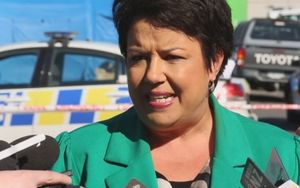 State Services Minister Paula Bennett will oversee the inquiry, with the terms of reference and who

will lead it to be announced next week.

When he fled prison Smith was serving a sentence for stabbing to death the father of a boy he had been convicted of sexually assaulting.

Mr Key said he wanted to know how many prisoners had breached their short-term release conditions.

"We've asked Corrections to provide us advice on any person that they believe may not have met all of their release conditions, and give us an assurance that there's never been any other breach of those, and they can't do that at the moment," he said.

Corrections had told him no other prisoners had taken the steps that Smith had but that did not mean there had not been different breaches.

Meanwhile, Smith's lawyer, Tony Ellis, said he expected his client would fund his Brazilan legal defence with money he fled the country with.

Mr Ellis said he understood his client had had three court appearances since his 13 November arrest but was unlikely to appear again until he had legal representation.

Mr Ellis had emailed a Brazilian lawyer specialising in extradition who Smith had selected from a list provided by New Zealand embassy staff.

He doesn't expect to hear back before tomorrow said it was likely Smith would pay for this lawyer with some of the $10,200 he took with him when he left the country on 6 November.

"He had some money on him when he was captured which has been confiscated. I'm sure that's going to come out.

"It's not in New Zealand currency. He had various amounts of Brazilian, I think Chilean, and US dollars."