Captured murderer Phillip Smith has been moved from a notorious Brazilian jail to a lower security prison as he awaits the next step in attempts to deport him.

The fugitive was detained at the Cidade Maravilhosa Hostel in the Rio de Janeiro neighbourhood of Santa Teresa about 2am NZ time yesterday.

Smith had been held at Rio de Janeiro's Ary Franco jail, condemned by the UN for overcrowding and abuse of inmates, and has now been moved to Bandeira Stampa prison in the city, a Brazilian journalist says.

Reporter Alexandre Tortoriello said legal experts have told him Smith's incarceration in the lower security jail could still be challenged. At present Smith is an illegal immigrant and and they are not usually kept in prison, he said.

Inland Revenue, meanwhile, has confirmed it successfully prosecuted Phillip Smith for tax fraud involving nearly $50,000 worth of refunds, and the money remains missing.

In July 2012 he was prosecuted over 12 charges under Section 240 of the Crimes Act (obtaining by deception) involving $47,565 worth of refunds, IRD said.

Smith was sentenced to 15 months imprisonment and reparation of $50 a week.

IRD says it undertook "a large volume of bank tracing" to identify where the money went, but was unable to recover any of it.

The convicted murderer and paedophile fled New Zealand last Thursday while on a 72-hour release from prison, using a passport issued under his legal surname of Traynor. He had been jailed since 1996 for killing the father of a boy he had been abusing.

His lawyer, Tony Ellis, believes the Smith may be deported from Brazil within a matter of days.

Dr Ellis said the latest information from the New Zealand Embassy in Brazil was that Smith was in a remand centre, but neither the embassy, nor Dr Ellis had been able to contact him.

He said time zones had hampered his ability to secure an English-speaking lawyer to represent Smith.

"He will need a local lawyer who knows the system - that is if he hasn't been deported in the next few days anyway, which to my mind is quite a possibility."

The lawyer said New Zealand authorities will forward documentation to say Smith is an escaped convict and he suspects the Brazilian court will act swiftly.

Prominent barrister Brian Henry said the family of Smith's victims have a strong case for suing the Department of Corrections.

The family is outraged Smith was able to escape from temporary prison leave and fly out of the country , accusing the department of mishandling his management while in prison.

Mr Henry said says the family could sue only for exemplary damages, not compensation, but said there appeared to be enough of a case to bring a suit. 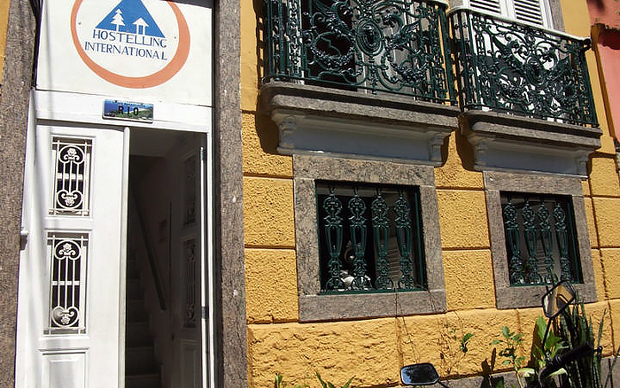 In Rio de Janeiro, freelance journalist Taylor Barnes has visited the hostel where Smith was arrested the day after he checked in.

She said he did not appear to be hiding away and guests told her he had been using his computer.

"He was staying in a shared dormitory with other guests and gave the name James to the hostel.

"The other guests were curious because when they would call him by James he would delay in responding."

She said hostel guests had been told by police not to reveal who recognised Smith and turned him into authorities.