Prime Minister John Key has been criticised for handing over responsibility for New Zealand spy agencies the SIS and the Government Communications Security Bureau to Attorney-General Chris Finlayson.

Mr Key yesterday announced his new Cabinet line-up, saying he has created a new role for himself - the Minister of National Security and Intelligence. Opposition parties say it is a clear admission of failure on his part.

Over the six years that John Key has been the minister responsible for the SIS and the GCSB, he has been dogged by a number of controversies.

That includes the illegal spying on 88 New Zealanders, the leaking of a report reviewing the GCSB, and the passing of legislation to widen the GCSB's powers despite public concern. 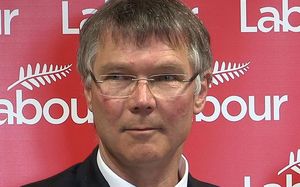 Labour's acting leader David Parker said passing over responsibility is a dereliction of duty by the Prime Minister.

"It's been traditional in New Zealand that the Prime Minister whose the top dog has to take the responsibility of overseeing our intelligence agencies. I don't doubt the capability of Chris Finlayson but it is incumbent upon the Prime Minister to oversee those organisations rather than delegate it to someone else."

New Zealand First leader Winston Peters agreed it was not a good look. He questioned what New Zealand's allies are going to think because it placed such little significance on national security and intelligence issues with it being out of the Prime Minister's office and in place at number eight in Cabinet.

"The problem we've had is that there's been a series of mistakes by the GCSB and SIS. Perhaps it's a good thing that he's finally relinquished these two agencies to the Attorney General."

John Key said the move was not an admission of anything. He said it was to recognise that national security and intelligence is growing in significance and importance. He said it separated the working functions of the GCSB and SIS and the signing of the actual warrants with the policy settings and briefings.

Mr Key said one of the changes he wanted to make was a major overhaul of legislation governing the SIS, and making it harder for people travelling on New Zealand passports to return from countries like Iraq and Syria, if they have been fighting for groups such as Islamic State.

He intends to give a more detailed speech on the topic of security and intelligence in about three to four weeks, where it is possible he will outline his proposed law changes.

Security analyst Paul Buchanan approved of the Prime Minister's new cabinet role and said questions of intelligence and security were too complex for the premier to handle with other duties.

The Attorney-General was best suited for the job of dealing with legal matters such as issuing warrants, he told Morning Report.

But the intelligence community was overdue for a review, he said, and the move should be followed up with significant reform of the SIS and the GCSB.