Paula Bennett will be moving from her position as Minister of Social Development, Prime Minister John Key says.

She has been in this role for six years. 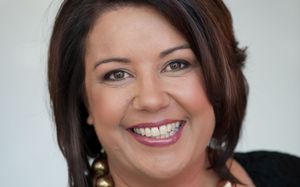 John Key said Ms Bennett is likely to move into a financial role, but this might not be happen immediately.

Mr Key said Ms Bennett is held in high regard and represents the modern face of the National Party.

"We have a lot of faith in Paula, we think she's has a pretty bright future with the party, and she's keen to, I think, widen out her cabinet experience and demonstrate she's got skills in other areas.

"Mr Key said that after six years, and a heavy reform workload in the social development ministry, a move makes a lot of sense."

He said he was keen to give Ms Bennett more responsibility.

The prime minster also said there were opportunities to merge portfolios saying broadcasting and ICT is one example and hinted there were one or two other possible mergers.

"We're just trying to take a step back and say from an efficiency point of view where the officials line up for instance, how does this all make sense?"

Beneficiaries Federation spokesperson Kay Brereton said beneficiaries will be pleased to see the back of Ms Bennett because of her views on people getting a benefit.

"They've just been portrayed as lazy, as work-shy and this is not the truth about people who are on benefit."